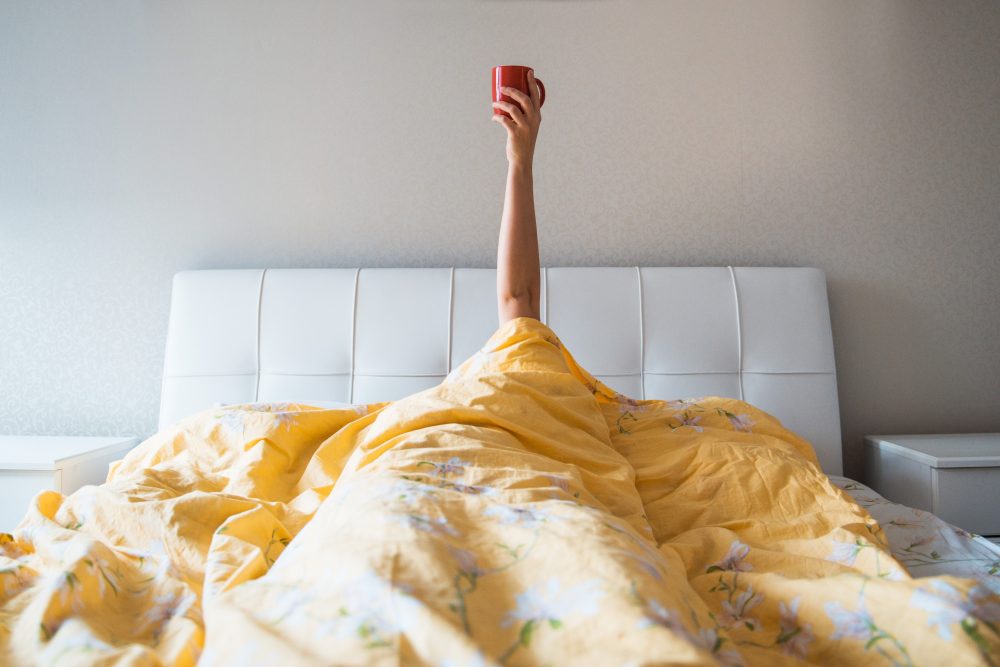 What’s the first thing you reach for when you’re trying to wake up after a night of poor sleep? For many, it’s a cup of hot coffee. Being a source of caffeine, a cup of caffeinated coffee can make you more alert and chase away those feelings of fatigue. Some people claim they can’t live without their morning cup of Joe and their day wouldn’t be complete without a trip to Starbucks.

While a cup of coffee may give you a morning lift after a night of insomnia, there may be some downsides to your metabolic health. While studies link coffee with a lower risk of some health problems, including Parkinson’s disease, liver cancer, depression, and even type 2 diabetes, drinking coffee to compensate for not sleeping well could disrupt your blood sugar and be harmful to your metabolic health.

What the Study Shows about Caffeine, Insomnia, and Blood Sugar Control

For the study, researchers asked 29 women and men to take part in three separate studies, each on different days.

The researchers wanted to know how the participants’ blood sugar responded to the glucose drink with and without drinking coffee beforehand. The results?

On the plus side, researchers discovered that one night of disrupted sleep didn’t have a big impact on their blood sugar and insulin levels when they consumed the sugary beverage for breakfast. However, when the subjects drank black coffee before their liquid breakfast, their blood sugars were 50% higher relative to when they didn’t drink coffee.

The conclusion? Drinking caffeinated coffee before breakfast after a poor night’s sleep may disrupt blood glucose control. Instead, it’s better for your metabolic health to eat breakfast and have a cup of coffee later if you still need to wake up and feel more alert. Even better, it might be a good idea to eat a healthier, more nutrient-dense breakfast as opposed to one high in sugar.

How Might Coffee Disrupt Glucose Metabolism after a Night of Poor Sleep?

Researchers don’t know the exact reason coffee before breakfast disrupts blood sugar control, but past research suggests that the caffeine in coffee, in some cases, may increase insulin resistance and trigger a rise in blood sugar. Since coffee seems to lower the risk of type 2 diabetes and insulin resistance among habitual drinkers, how can we explain this discrepancy? It likely lies with how often people drink coffee and whether they do so on a daily basis.

Studies show drinking coffee regularly increases insulin sensitivity and how your body processes glucose. That’s why studies link drinking coffee routinely with a lower risk of type 2 diabetes. However, other research shows caffeine worsens insulin sensitivity short term and can trigger a rise in blood glucose if you aren’t a regular coffee sipper. So, the benefits for metabolic health may come from drinking coffee on a regular basis, while short-term, a cup of coffee may trigger a rise in blood glucose, especially if you aren’t a habitual coffee drinker.

What happens “underneath the hood” when you drink coffee? If you aren’t accustomed to drinking it, caffeinated coffee triggers a sharper increase in hormones, like epinephrine, that can worsen insulin sensitivity. But over time, your body adapts, and you release less of this stress hormone that disrupts glucose metabolism. If you’ve also had a night of poor sleep, stress hormones, like norepinephrine and cortisol, will also be higher. Cortisol increases insulin resistance and raises blood glucose, as does norepinephrine. Add more caffeine and the effects are magnified.

By eating breakfast first, you lower cortisol and this helps with insulin sensitivity. So, you might want to save that cup of coffee until after you’ve had a nourishing breakfast.  Too often people begin their day with coffee and only grab breakfast if they have time. Just as concerning are those who order a coffee and a pastry and call it breakfast. Pastries in and of themselves cause a spike in blood sugar and offer little nutritional value. With this approach, you’ll feel tired and hungry within a few hours.

A night of poor sleep and a big cup of coffee when you get out of bed will make you feel more alert, but it won’t help your insulin sensitivity and it could cause a sharp rise in blood sugar. Instead, eat a relaxing breakfast of nutrient-dense foods and have that coffee later in the morning. There’s still substantial evidence that coffee has health benefits, as long as you don’t sweeten it heavily with sugar.

So, enjoy coffee in moderation, but don’t make it the first thing you drink when you awaken after a poor night’s sleep. Have breakfast instead! Also, make sure drinking too much coffee isn’t causing you to sleep poorly at night. If you have sleep problems, stop drinking caffeinated beverages after noon and drink more water instead.