What’s the Best Kind of Workout Music to Play During Endurance Exercise? 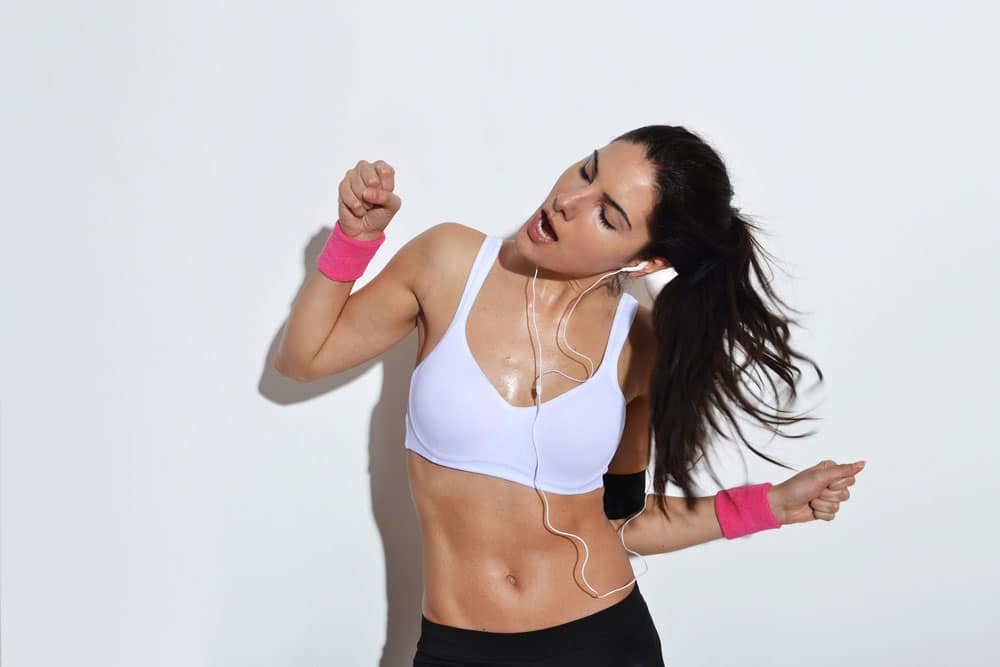 Do you play music in the background when you do endurance exercise, like brisk walking, jogging, or cycling? Some people insist they can’t work out without it and do so because they believe it distracts from the discomfort of exercise and helps them stay motivated and energized. There’s science behind these beliefs, too. Some studies show listening to music during a workout reduces the perception of how hard you’re working. In other words, it makes a workout feel easier and more enjoyable. Who wouldn’t want that?

What’s on your exercise playlist and does it matter? Music runs the gamut from lively, fast-paced beats to slow, calming music that relaxes and everything in between. You may have a personal preference for the type of music you listen to, but is there scientific evidence that certain types of music are more beneficial than others when you do an endurance workout? Let’s look at how the type of music you play during a workout might affect your performance, mindset, and perception of fatigue.

Should the music you play have a fast tempo or a slow tempo? A study published in Frontiers of Psychology looked at the impact of various types of music and musical tempo on exercise performance. The participants were female and took part in one of two types of training: endurance exercise (walking on a treadmill) or resistance exercise (the leg press exercise). The subjects listened to music of various tempos or exercised without music while researchers monitored their heart rate and how hard they perceived their workouts to be.

The results? The participants who listened to music with a faster tempo when they did an endurance workout achieved a higher heart rate. So, they exerted themselves more, yet they perceived the exercise to be less intense and fatiguing relative to those who exercised in silence. The results were not as pronounced with resistance training, though. So, it’s hard to say whether a fast tempo will help you lift more or longer when you weight train, but it may give you an edge when you do an endurance workout.

Music May Help Performance with Explosive Exercise Too

Do you do any type of explosive training, like plyometrics or HIIT training with explosive intervals? Listening to music may help here, too. A study published in the Journal of Strength and Conditioning Research found that listening to self-selected music, music of your own choosing, can improve performance during explosive exercise and boost workout intensity.

Other research shows that music tempo matters. One study found that listening to music with a fast tempo improved exercise performance during moderate-intensity exercise. Those who listened to music with a fast, lively beat worked at a faster pace and increased the distance they covered. Furthermore, studies show that playing a fast-paced melody in the background enhanced performance without increasing the perceived effort. So, the subjects felt less fatigued. According to some research, music can boost exercise endurance by up to 15%.

Fast tempos might rule, but a slow, more relaxed tempo may benefit some workouts. A study carried out in the 1990s found that listening to soft music with a slow tempo increased time to exhaustion more than fast-paced music at a high volume. In the study, participants walked and jogged on a treadmill at a moderate intensity. A slow, sedate tempo would be more appropriate for a yoga workout too.

According to some research, the musical tempo that optimizes performance and reduces fatigue the most varies with the type of exercise. For example, the tempo for optimizing treadmill performance is between 123 and 131 beats per minute. If you are doing a very fast-paced workout, an even faster tempo might be advantageous.

Why might music be effective? Researchers believe that some of the benefit comes from synchronization of movements with the beat of the music. So, if you’re trying to move fast, fast-paced music is a logical choice. Also, music with a more upbeat mood may be more motivating and arousing than music somber music.

A Word of Caution

It’s popular to play music at high volume during exercise, but research shows the volume of music in some exercise classes is high enough to cause hearing problems if you expose your ears to it over time. Spin classes at gyms are notorious for cranking up the volume to a level that could damage hearing over many years of exposure.

Studies carried out by researchers at George Mason University found that music volume during spin classes approached 110 decibels, almost as loud as the music at a rock concert. A volume this high in a small room could damage hearing and lead to hearing loss later on. Also, music without lyrics may be better since the lyrics may distract you from focusing on the movements you’re doing and your breathing.

Ultimately, the best music is the type you enjoy listening to most. However, music at a fast tempo may give you some performance advantage if you’re doing a fast-paced workout. It also appears that listening to any music has benefits over exercising in silence. The benefits are most pronounced for endurance exercise as opposed to resistance training, but if you enjoy listening to music when strength training, why not do it? Just be sure you’re not cranking up the volume so high that you harm your hearing. Enjoy music when you exercise, but keep the volume down to a reasonable level for the sake of your hearing.

High-Intensity Interval Training: How Intense Does It Have to Be?

How High-Intensity Interval Training Slows Aging at the Cellular Level

Use Your iPhone for Music While Teaching Classes