Vitamin K2 is a Vitamin You’re Not Getting Enough Of 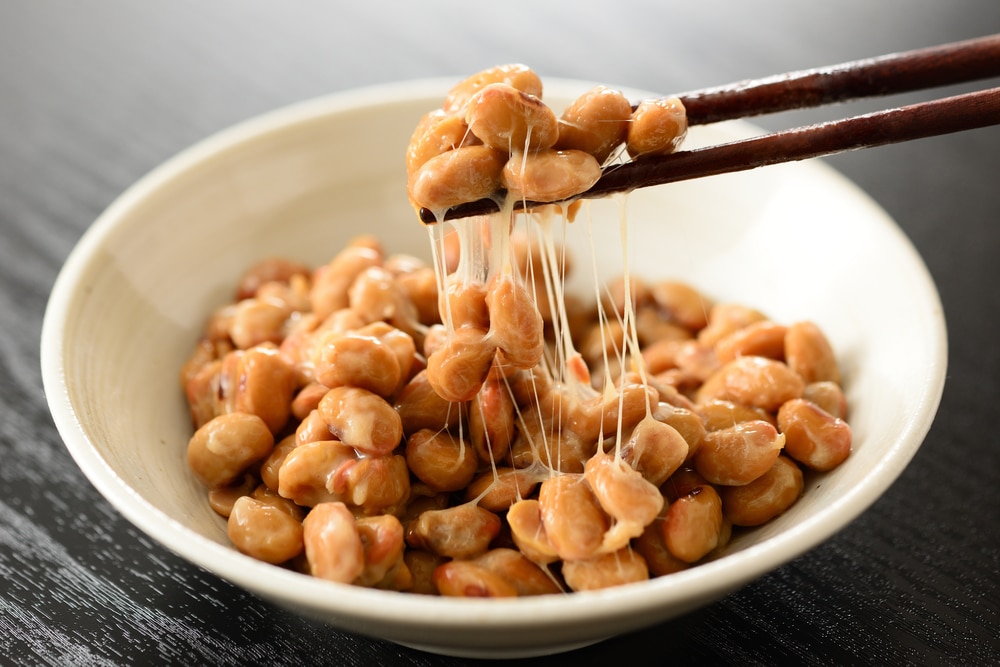 Vitamin K2 – have you heard of it? You’re probably familiar with vitamin K as a vitamin but you hear less about vitamin K2 a specific type of vitamin K. Vitamin K comes in two chemical forms: vitamin K1 (a phylloquinone) and vitamin K2 (a menaquinone). Each form has a different function in your body.

The “standard form of vitamin K is vitamin K1. You get it by eating leafy greens, such as Swiss chard, spinach, collard greens, kale, and mustard greens but, as you’ll see, these foods aren’t a reliable source of vitamin K2, though they supply your body with copious amounts of vitamin K1.

Why do you need vitamin K1? Vitamin K1 is essential for blood clotting since it converts clotting factors in the bloodstream into a mature form your body can use to form clots. That’s important should you get a laceration or injury. Without enough vitamin K1 to form a clot, you would risk bleeding to death with just a scrape or puncture wound.

Fortunately, your body can convert a certain portion of the vitamin K1 you take in from sources like greens to vitamin K2. However, this conversion isn’t very efficient, and many experts believe humans can benefit from getting more K2 in its direct form.

What Health Benefits Does Vitamin K2 Have?

It’s clear that you need vitamin K1, but what about vitamin K2? The research looking at vitamin K2 is still in its early stages. However, vitamin K2 seems to play two important roles in the human body. One pertains to the health of your bones. Early studies show vitamin K2 is essential for bone health and is of special importance to women at high risk of osteoporosis.

When you consume calcium, you want most of it to go to your bones where cells can use it to form new bone tissue. When you consume food or a supplement with vitamin K2, it stimulates the release of osteocalcin, a hormone that directs calcium to the bone where osteoblasts, cells that build bone, can use it. This also keeps vitamin K2 away from the inner walls of blood vessels where you don’t want it.

Is there science to support vitamin K2s role in bone health? A study of postmenopausal women found those who supplemented with 45 milligrams of vitamin K2 each day experienced improvements in hip bone density. Plus, some studies show that people who consume more dietary vitamin K2 have a lower risk of developing bone fractures. Another analysis of 13 separate studies found that 7 of the studies where participants supplemented with vitamin K2 had reduced rates of hip and vertebral fractures relative to those who didn’t take supplemental vitamin K2.

Secondly, vitamin K2 matters for heart and blood vessel health. As mentioned, preliminary studies show vitamin K2 directs calcium away from the inner walls of arteries where it could build up plaque and cause cardiovascular disease. So, vitamin K2 is a vitamin that points calcium to where it should be—your bones—and away from where it shouldn’t be—your arteries.

Unfortunately, natto has a disagreeable aroma and a sticky texture that some find offensive, but it’s possible to develop a taste for this unique source of vitamin K2, and some people eat it with gusto once they overcome its texture and odor. Other sources of vitamin K2 are meat and dairy from grass-fed animals and organ meat. Since most people don’t eat a lot of these foods, the average person doesn’t get a lot of vitamin K2. However, people in Japan consume more vitamin K2 since they eat natto.

Vitamin K2 doesn’t get the attention it deserves. For most people, getting more vitamin K2 through diet is safe and may have positive health benefits for bone and cardiovascular health and most people get little vitamin K in the K2 form. So, get to know this vitamin you don’t hear enough about and make sure you’re getting it from dietary sources or, in some cases, a supplement. Talk to your healthcare provider first though.

Vitamin K2: The Key to Keeping Your Bones Strong and Arteries Clean?

Why High Sodium Diets Are Bad for Your Bones

Is Eating Too Much Sugar Harmful to Your Bones?

How Accurate Are Heel Scans for Measuring Bone Density?

Could a High-Protein Diet Improve the Health of Your Heart?