Tea vs. Coffee: Does One Offer More Health Benefits? 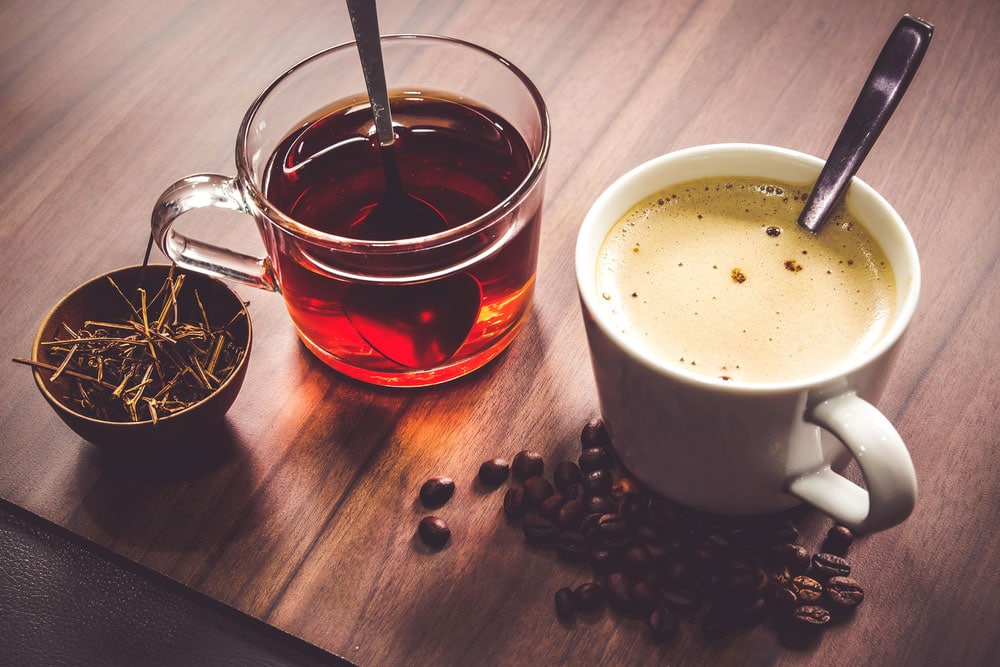 How do you start your day? For many people, the day begins with a piping hot cup of coffee or tea. You may prefer coffee over tea or vice versa but is one better than the other if you’re drinking it for the health benefits? Fortunately, Starbucks sells both, but if you love blonde roast as much as a cup of tea, you might wonder which offers more health benefits. Let’s look at what science shows about coffee, tea, and whether one is more beneficial for your health.

The Pros of Tea

Tea, particularly green and white tea, is a rich source of antioxidant compounds called catechins. Scientists believe its catechins that explain many of the health benefits of green and white tea due to the anti-inflammatory benefits they offer. Black tea contains fewer catechins, but it is rich in different antioxidant compounds called theaflavins that also seem to have health benefits.

Studies show tea drinkers enjoy health benefits such as lower blood sugar levels and a reduced risk of cardiovascular disease, although these studies are associational and don’t necessarily show the catechins in tea are the reason. In support of drinking tea, one analysis of nine studies found green tea drinkers were less likely to develop cardiovascular disease and stroke.

Preliminary studies also suggest that compounds in tea may reduce the risk of some types of cancer, including breast and prostate cancer. Some research even suggests compounds in tea protect against degenerative diseases of the brain such as Alzheimer’s disease and Parkinson’s disease.

These findings are encouraging, but many of the studies were carried out in animals or in a laboratory setting, so it’s hard to draw firm conclusions about whether the catechins and other compounds in tea are protective in humans.

It’s also not clear how many cups of green tea you need per day to get the benefits. Some studies suggest that drinking as little as one or two cups daily offers some protective benefits, although most research suggests that drinking between four and six cups daily is ideal for gaining health benefits.

The Pros of Coffee

What benefit does enjoying a cup of coffee offer? Preliminary studies suggest that drinking coffee offers health benefits too. For example, sipping a cup of Joe seems to reduce inflammation and enhance insulin sensitivity, both of which may lower the risk of cardiovascular disease and mortality from all causes. One study found that the ideal quantity of coffee per day for heart health is between 3 and 4 cups.

There are several ways coffee could lower the risk of cardiovascular disease. The antioxidants in coffee reduce inflammation and a cup of Joe is a good source of magnesium, a mineral you need for a healthy heart and blood pressure. On the downside, some people experience a modest, short-term increase in blood pressure when they start drinking coffee, although over the long term, it doesn’t seem to cause a significant rise in blood pressure. One study even found that heavy coffee drinkers had an almost 10% lower risk of developing hypertension relative to those who drank little coffee.

Can coffee help you live longer? A study published in JAMA Internal Medicine that looked at mortality rates among 500,000 coffee drinkers found higher coffee consumption was linked with lower mortality from all causes. However, people metabolize caffeine at various rates. Slow caffeine metabolizers are more likely to have side effects from caffeine since it stays in their system longer. However, most experts believe up to 4 cups per day is safe for healthy individuals who aren’t pregnant.

We already mentioned that some studies link tea with a lower risk of some types of cancer. The same may apply to coffee. One study found that heavier coffee drinkers enjoyed an 18% lower risk of cancer. Types of cancer that coffee may lower the risk of include certain forms of skin cancer, cancer of the uterus, prostate, and liver cancer.

Which is the Better Choice?

You can potentially get health benefits by drinking either coffee or tea. Tea has the benefit of being lower in caffeine, a positive if you’re prone to anxiety. High-quality green tea also contains theanine, a compound that boosts relaxation and counteracts some of the activating effects of the caffeine in green tea.

You could even hedge your best and drink both tea and coffee. How about a cup or two of coffee early in the day and switch over to a lower caffeine tea alternative, like white tea in the afternoon? Some studies even show that white tea has anti-viral properties. Since it’s also higher in catechins, it may offer more benefits than even green tea.

What about sleep? Some people develop insomnia when they drink high-caffeine beverages such as coffee. In that case, white tea is a good choice since it has less caffeine than black or green tea. Also, coffee can aggravate acid reflux in some people. Particularly for coffee, it’s a good idea to talk to your doctor before drinking it if you have health problems that might be worsened by consuming caffeine.

In the case of tea vs. coffee, one isn’t necessarily better than the other; they both offer potential health benefits. Be aware of what your caffeine tolerance is. If you have a low tolerance for caffeine, green or white tea might be a better choice. The caffeine content of both tea and coffee varies widely. For example, light roast coffee contains significantly more caffeine relative to dark roast. The caffeine content of black tea is between 40 and 50 milligrams while green tea contains 25 to 40 milligrams of caffeine. White tea is the lowest with only 15 to 30 milligrams of caffeine. Choose wisely, but know that both coffee and tea are better for you than a sugary soft drink!

Is All Coffee Equally Healthy?

Why You Should Help Yourself to a Second Cup of Coffee

Can Drinking Coffee Boost Your Metabolism?