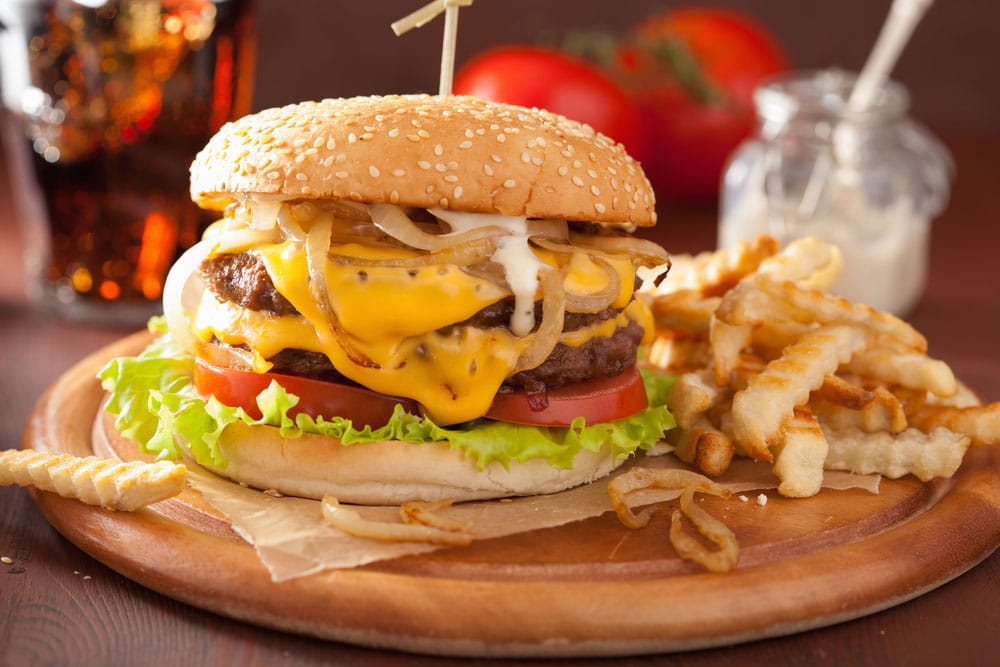 It’s no secret that ultra-processed foods and the fare you find at fast-food restaurants isn’t good for you. We constantly hear about the health dangers of eating too much fast food and packaged, ultra-processed fare like cookies, sugary cereals, breakfast bars, and chips.

Research shows that a diet high in ultra-processed fare is linked with obesity and health problems, including type 2 diabetes, stroke, and cardiovascular disease. Yet people are attracted to the taste and convenience of quick offerings from frozen meals you pop in the oven to bags of chips and fries. These foods are everywhere, but that doesn’t make them healthy!

Studies show that people who adopt a diet heavy in processed fare are at higher risk of weight gain and obesity – but why? We know that processed foods are less nutritious and more calorie-dense, but are there other reasons? Researchers at the National Institute of Diabetes and Digestive and Kidney Diseases looked at this possibility. They asked subjects to eat a diet of only highly processed foods for two weeks. Not all processed foods are the same. Some, like frozen fruits and vegetables, are minimally processed and still retain their nutritional goodness. However, the participants in this study ate more of a junk food diet, the stuff most of us try to stay away from.

After feasting on an ultra-processed diet for two weeks, the participants shifted to a diet of whole, unprocessed foods. The diets were adjusted so that calories and components such as fat and sugar were similar. The subjects self-selected how much to eat. When the participants ate the ultra-processed diet, they consumed an average of 500 more calories daily relative to when they eat unprocessed foods. They also gained about a kilogram of weight. During the second phase of the study when whole foods made up the menu, they ate less, ate more slowly, and lost the kilogram they gained on the processed food diet. Imagine how much weight they might have gained over many months had they continued on the ultra-processed diet!

Based on this study, one reason an ultra-processed diet is linked with weight gain is that eating these foods causes us to overeat. These foods are engineered in a way that makes them hyper-palatable. These aren’t foods pulled from the ground. Rather they’re manufactured foods designed to whet your appetite. Manufacturers work hard to create the perfect blend of fat, salt, sugar, and flavorings that whets the appetite and makes people want to keep eating. It’s much easier to stop eating a bowl of Brussels sprouts than it is to pull yourself away from a plate of French fries with their salty, oily flavor and texture. Therefore, it’s not surprising that people eat more of “souped-up” foods and we even come to prefer them over time. Processed foods can cause weight gain because we want to eat more of them.

Your gut and brain have an ongoing, two-way conversation. So connected are the “big” brain in your head and the smaller “brain” in your gut that the second brain is called the enteric nervous system. At the simplest level, your gut and brain communicate through the vagus nerve. However, the interaction between the gut and brain are also influenced by hormones produced by the gut that impact fullness. These hormones travel via the bloodstream. Your gut also produces some of the chemicals that your brain does, including serotonin, a key regulator of mood. Some people even refer to the gut as the second brain. Although we don’t fully understand the mechanisms yet, experts believe that hyper-palatable foods can disrupt signaling between the brain and gut. These foods hijack your brain’s reward system and you keep wanting to eat them. This doesn’t happen when you eat something less hyperpalatable like a bowl of broccoli. Over time, these pathways become reinforced and you seek out ultra-processed foods over less rewarding fare.

Your gut is a haven for trillions of bacteria, most of which are friendly and help keep disease-causing pathogens at bay. When we have a healthy, diverse population of bacteria in our gut, it helps maintain gut equilibrium. Some studies also link changes in the gut microbiome with changes in body weight and obesity. For example, the type of bacteria in our intestinal tract impacts how much energy and nutrients we extract from the food we eat and how our immune systems behave. An overactive immune system or inflammation is linked with weight gain and insulin resistance.

What does this have to do with processed food? Studies suggest that food high in refined carbohydrates and fat changes the composition of the gut microbiome and encourage gut bacteria associated with obesity to take up residence in the gut. Scientists have identified some gut bacteria linked with obesity, but there’s still much more to learn about the bacteria that live in our gut.

However, a diverse population of gut bugs seems to be favorable for health and weight control. When researchers looked at gut bacteria in almost 300 individuals, some of normal weight and some obese, found that less diversity in the gut was associated with obesity, insulin resistance, and lipid abnormalities. Therefore, one way to lower your risk of obesity is to avoid ultra-processed food and eat a diverse diet that includes fiber-rich fruits and vegetables. The worst approach is to hit the drive-thru window!

There you have it. Three ways that ultra-processed fare cause weight gain. The take-home message is to plan ahead, so you can avoid unplanned trips to a fast-food restaurant or vending machine. Avoiding junk fare will help with weight control and lower your risk of future health problems. Eating right and staying active is the best investment you can make in your future health!

Why are Processed Foods So Hard to Give Up?

Eating for Longevity: What are the Best Eating Practices for Living Longer?

What Are Processed Foods and Are They All Bad?

Another Look at Fructose: Does It Cause You to Overeat?