Is the Ketogenic Diet Harmful to Bone Health? 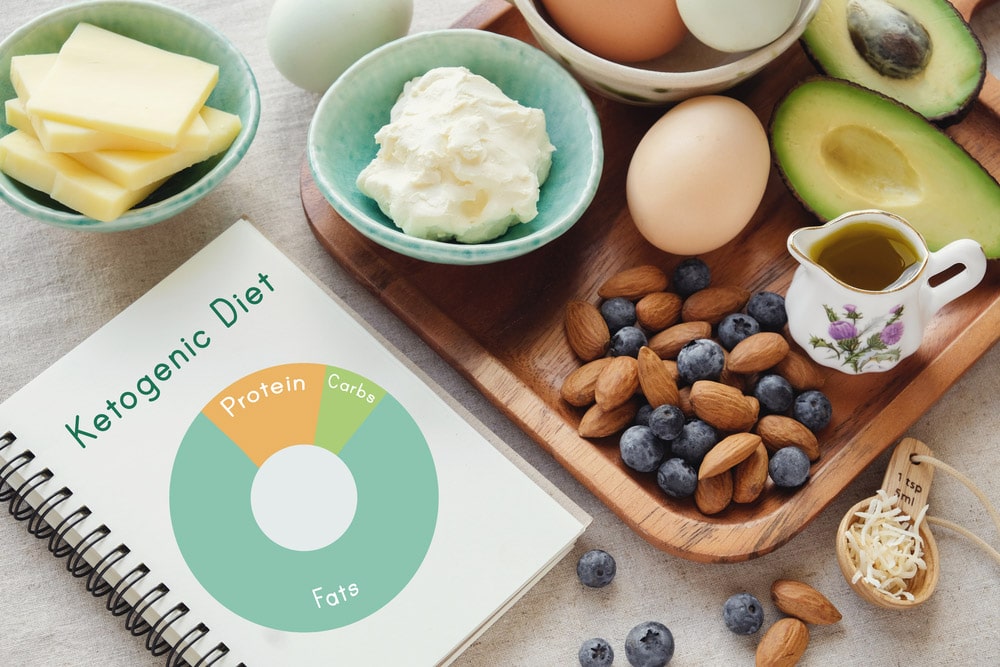 Under normal conditions, your body uses a combination of glucose, mainly from muscle glycogen, for energy to fuel muscle contractions. The goal of consuming a ketogenic diet is to deplete muscle and liver stores of glycogen so the body is forced to break down fat for energy. As fatty acids are released from fat stores, the liver converts them to ketone bodies, and ketone bodies serve as an alternative source of fuel during fasting or starvation and any time glucose is in short supply.

Why would anyone do this? Studies show that a keto diet may help with weight loss. That’s because insulin falls on a ketogenic diet since the body shifts to fat as a fuel source. With insulin lower, it becomes more difficult to store fat and easier to break it down. Most people also feel less hungry on a keto diet, and they may lose cravings for sugar and refined carbohydrates.

To achieve a state of ketosis, most people have to consume under 50 grams of carbohydrates daily. In fact, some people might not achieve ketosis until they drop their carb intake below 20 grams per day. For most people, that’s a big drop! It takes significant changes in diet and lifestyle to maintain a diet that low in carbohydrates. To ensure they stay in ketosis, many folks on a ketogenic diet check for ketones in their urine to ensure they’re in ketosis.

A ketogenic diet may not be suitable for people with gallbladder disease, liver disease, or certain diseases of the pancreas. Some side effects include kidney stones, micronutrient deficiencies because of the restrictive nature of the diet, headaches, and fatigue. Plus, some people experience flu-like symptoms for up to 2 weeks after starting a ketogenic diet. Now, a new study raises a question about how keto diets impact bone health.

For the study, researchers divided 30 world-class race-walkers into groups. One group followed a high-carbohydrate, low-fat diet while the other ate a ketogenic diet low in carbs and high in fat for 3.5 weeks. The researchers adjusted the diets to provide enough calories, and each diet contained a sufficient amount of protein for a highly active person.

After comparing bone markers before and after 3.5 weeks on the diets, the researchers found that the ketogenic diet group had greater markers of bone breakdown and reduced markers suggestive of new bone formation. With osteoporosis being so common in women, even athletic women, studies like this raise red flags. If there’s one thing women should be concerned about it’s preventing bone loss and osteoporosis, a leading cause of fractures in women over the age of 50.

Another concern is a study in rats published in Experimental and Therapeutic Medicine. This study found that a ketogenic diet reduced the bodyweight of the animals but also lowered their total bone density. The decline in bone density took place over 12 weeks on the diet.

On the plus side, some neurologists prescribe a ketogenic diet for patients, particularly children, who have seizures that don’t respond to other treatments with success. Some people with difficult-to-control diabetes may respond well to a keto diet too. Some evidence suggests that a ketogenic diet may also benefit people with Alzheimer’s and Parkinson’s disease, but there’s still not enough research to say with certainty.

Even if the ketogenic diet is beneficial in some situations, it’s a difficult diet to stick with due to the limited number of carbohydrates you can consume. Some of the healthiest and most nutrient-dense foods, including vegetables, fruits, and whole grains contain carbohydrates. These are also the main source of fiber in the Western diet. Plus, whether or not a ketogenic diet is harmful to bone health, it still may not be the best choice for the average person.

If you adopt a ketogenic diet, talk to a dietitian first. They can help you formulate a balanced diet nutritional plan that lowers your risk of macronutrient and micronutrient deficiency while you’re on the diet. Despite all the attention ketogenic diets are attracting, you don’t need such a restrictive diet to lose weight, control blood sugars, and look and feel your best. Changing the composition of the carbohydrates you eat rather than drastically cutting them. Although keto diets may be safe short term, there are still unanswered questions about their long-term safety.

What is a Ketogenic Diet and Does It Offer Benefits?

Do You Need to Eat Protein at Every Meal?

4 Factors that Determine What Fuel Source You Use During Exercise

Fueling Exercise: 5 Factors That Determine Whether You Burn Fat or Carbohydrates