If You Pick and Choose, These Are the Foods You Should Buy Organic 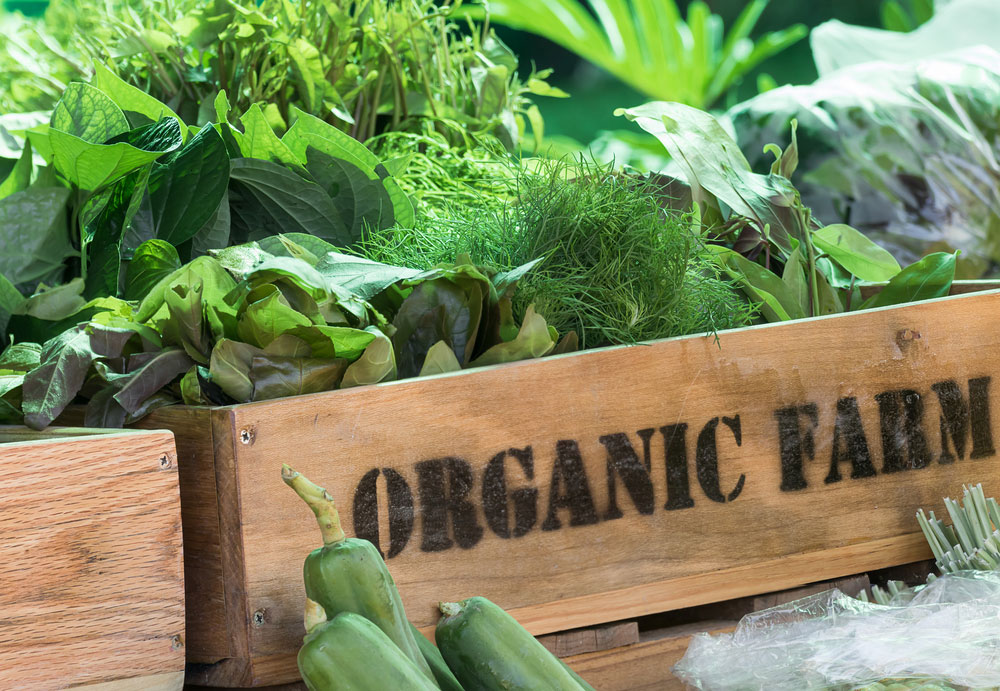 Buying organic is more expensive, and if you’re shopping on a budget, you might toss conventional foods into your grocery cart to lower your grocery bill. The price of organic produce continues to rise as the demand for organic grows.

Why are organic produce and other foods more expensive? Organic farming is more labor-intensive, and it requires more workers to run an organic farm. Plus, farmers that grow organic produce are more limited in scale and often produce smaller quantities.

Organic: Do You Need It?

You can save money by not buying organic, but you also have to consider the effects of dietary choices on your health. If you eat produce every day, the small quantities of pesticides you take in add up over time. Plus, with age, the liver and kidneys become less efficient at eliminating toxins and pesticides from the body. Therefore, you may store more pesticide residues in your fat cells as your kidneys and liver age. Buying organic makes sense for the environment too.

If you have a limited income but are still concerned about minimizing pesticide exposure, you might pick and choose what you buy organic to save a few dollars, and that can be an effective strategy if buying all organic strains your budget.

Certain foods are more likely to contain higher levels of pesticide residues because farmers spray them heavier or because they’re capable of absorbing more pesticides. Let’s look at some items you should definitely buy organic and some that you can compromise and purchase conventional.

Which should you buy organic and which can you get by with buying conventional? One guideline is to avoid crops that farmers spray most heavily with pesticides. The fruits and vegetables most likely to contain higher pesticide residues vary from year to year.

Every year, the Environmental Working Group publishes the “dirtiest dozen” list of produce that lists the fruits and vegetables that contain the highest residual pesticides upon testing. They test the produce after washing it thoroughly if it has an edible skin. Therefore, the residues persist even after cleaning them. In 2020, the dirty dozen includes:

These foods are ones you should strive to buy and eat organic. Some, like strawberries, have tiny pockets and crevices where pesticides lodge and are hard to wash off even with aggressive cleaning. These foods are heavily sprayed too.

The Environmental Working Group also publishes the “clean fifteen.” In the year 2020, this list includes:

If you don’t want to fork out the money for organic vegetables, conventional frozen fruits and vegetables may contain fewer pesticide residues than fresh. According to food scientists at the University of California at Davis Cooperative Extension, fruits and veggies destined for freezing may contain fewer pesticide remnants. Why is frozen produce less pesticide-laden?  Produce that farmers grow for freezing undergo more extensive washing and processing before they’re packaged for market. The processing and extra cleaning remove a significant amount of the pesticide residues. Buying frozen has other advantages, like longer shelf life, and the produce is already cleaned and chopped, so it’s less work for you!

Plus, frozen fruits and vegetables are often as nutritious as fresh since manufacturers freeze them right after harvest, and this locks in their nutrients. In contrast, fresh produce loses nutrients during transport and again while they sit on store shelves. Therefore, frozen is as nutritious, if not more so, than fresh fruits and vegetables that sit on store shelves for long periods.

Even though coffee bean growers spray conventional coffee beans with pesticides, research shows that most of the pesticide residues on coffee beans are burned off during the roasting process. That’s reassuring but imported coffee may carry more risks because they use pesticides that are banned in the United States, It’s also not clear whether these pesticides completely evaporate during the roasting process. If you drink a lot of coffee, it’s best to buy organic, but if you don’t want to splurge on organic, buy coffee produced locally, as it should have fewer pesticide residues.

Organic is more expensive and often harder to find than conventionally grown produce and other food items. If you can’t find or afford to buy everything organic, buy select items, like those on the dirty dozen list in organic form. It’ll lower reduce the number of pesticide residues you’re exposed to without breaking the bank.

Another tip is to buy produce from a farmer’s market or a local producer. Small farmers often use fewer pesticides since they feed their own families what they grow and have a personal interest in keeping it as low in pesticides as possible. . Some may even grow items organically yet can’t afford to go through the certification process.

Can You Trust that Organic Food is Actually Organic?

Is Organic Food Better for You?

Does Rinsing Fruits and Vegetables Remove All the Pesticides?