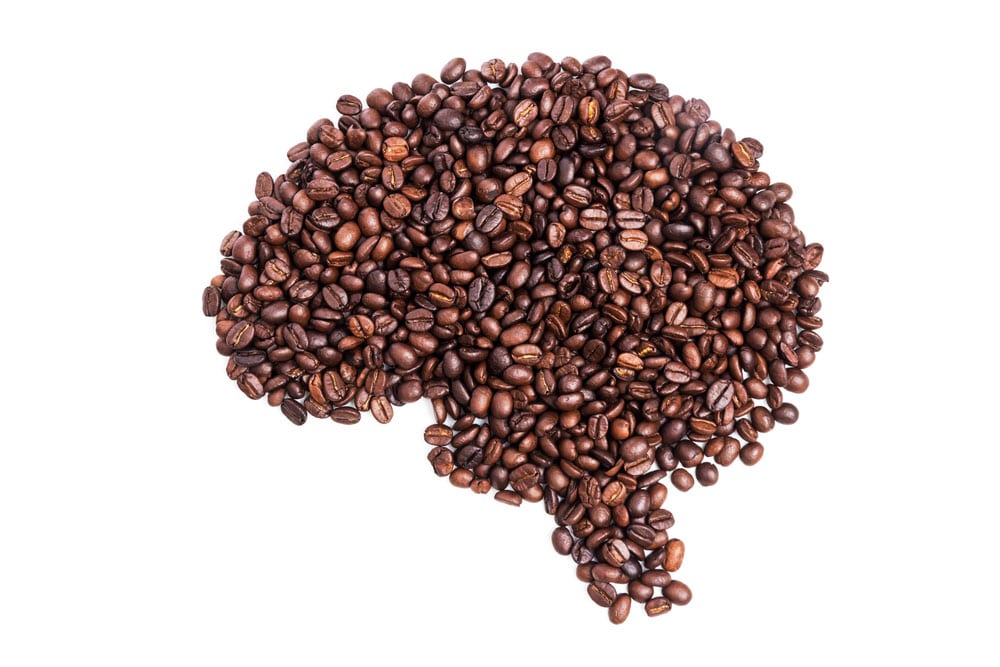 Is a trip to Starbucks part of your morning routine? Many people start their day with a cup of caffeinated coffee to help them get going after they roll out of bed and get ready for the upcoming day. Caffeine is a stimulant that increases the activity of the sympathetic nervous system, the “fight or flight” portion. So, it’s not surprising that consuming caffeine when you aren’t used to it can cause nervousness and a rapid heart rate, but it also makes you feel more alert and ready to take on the day.

However, you may get equal results by skipping the coffee and exercising instead, even for a short period of time. A study published in Scientific Reports finds that brisk exercise may give your brain as much of a boost than a cup of caffeinated coffee. How do we know this?

Coffee versus Exercise for a Brain Boost

Researchers at the University of British Columbia and the University of British Columbia asked 59 young subjects to take part in a test to measure how quickly their brain processed information. The subjects tackled the test after consuming the equivalent of a cup of coffee, after walking on a treadmill for 20 minutes, and after going for a slow jog.

The results? All the subjects performed better on the cognitive test regardless of whether they walked on the treadmill, jogged, or drank a cup of coffee. In fact, their scores improved by about 20%. Some of the folks they tested were not regular coffee drinkers though. People who don’t regularly drink coffee are more likely to have a positive response than people who do consume coffee. Your brain adapts to the effects of caffeine after drinking it for a while, and you have to increase the amount to get the same degree of stimulation.

How does coffee increase alertness? It blocks adenosine receptors, a type of receptor in the brain that helps you relax and “chill.” By blocking these receptors, you get less of adenosine’s calming effect and feel more alert and even a bit nervous. You would expect coffee to have more brain effects for people who don’t drink it regularly and less for those who do, and that’s what they found in the study.

In this study, regular coffee drinkers got more brain-boosting benefits from the exercise than they did drinking coffee. The study showed that both exercise and coffee provide an equivalent brain boost if you’re not a regular coffee drinker, but if you are a habitual coffee drinker, exercise will supercharge your brain more. Plus, you get the fitness benefits of exercise, including improvements in cardiovascular health, that you won’t necessarily get from drinking a cup of coffee.

Exercise Has Immediate Benefits for the Brain

It’s surprising at how quickly exercise can boost your brain. In the study, 20 minutes of walking or jogging was enough to improve cognitive performance. One of the plus sides of exercise over coffee, other than the additional health and fitness benefits, is you won’t suffer from caffeine withdrawal. If you stop drinking caffeinated beverages for a few days, there’s an unfortunate side effect. You’ll experience symptoms of withdrawal, including fatigue, headache, and lack of motivation. During that time, brain performance and motivation decline. That’s not the case with exercise. The brain-boosting benefits happen each time you work out. In fact, the study found that exercise can help offset some of the unpleasant side effects of caffeine withdrawal, such as fatigue and lack of motivation.

One question this study didn’t look at is how long the brain boost you get from a workout lasts. The brain-enhancing benefits of caffeine, based on prior research, last 1 to 5 hours. It’s not clear how long the immediate cognitive benefits of exercise last, but that should be the focus of future research.

And Longer-Term Health Benefits Too

Beyond a short-term brain boost, exercise enhances brain health further out too. Research shows aerobic exercise increases the volume of the hippocampus, a portion of the brain involved in memory and cognitive function. This part of the brain shrinks in size with aging and is a factor in cognitive decline.

Studies also show that aerobic workouts help nerve cells form new connections in the brain and a nervous system that facilitates cognitive functioning and memory. Some experts call it “fertilizer” for the brain. The benefits transfer over to better spatial memory, faster information processing speeds, greater attention, problem-solving, and creativity. Who wouldn’t appreciate those benefits?

So, exercise may be your best defense against brain aging. Plus, it’s a mood booster too. Research shows exercise helps mild-to-moderate depression as much as some anti-depressant medications without the negative side effects. The mood-boosting benefits of exercise seem to extend to resistance training too.

Exercise may be as effective for boosting alertness and cognitive function as a cup of caffeinated coffee. If you’re accustomed to drinking coffee, you’ll get more benefits from doing a workout than sipping your morning cup of Joe. Plus, exercise has a mood-elevating effect for many people too. That’s important when you wake up on Monday morning and don’t want to go to work.

This study also shows that you might want to rethink when you work out. If you do aerobic exercise, working out in the morning offers the biggest brain boost since our brains are often a bit slow when we first wake up. Plus, studies show morning workouts may improve sleep more than exercising in the afternoon or evening, although exercising any time seems to improve sleep quality. So, don’t automatically reach for a cup of coffee in the morning, put on a pair of exercise shoes instead, and get moving!