Does Hydration Play a Role in Fat Loss? 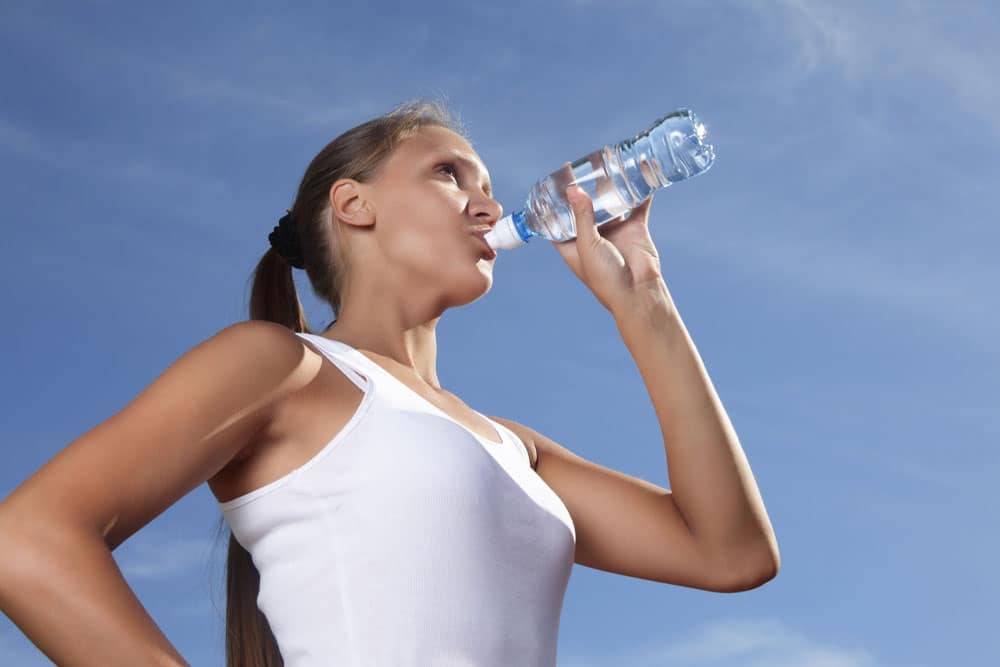 Water is the essential liquid that makes up every cell and tissue in your body and is why hydration is so important. We drink water to replenish the fluid we lose on a daily basis. In the summer, those fluid losses add up!  Replacing the fluid you lose is critical, as significant water loss can injure the body and even lead to death. According to one survey, 75% of Americans are at least moderately dehydrated at any one time.

How much water do you need to drink to avoid dehydration? The idea that we need to drink eight glasses of water daily isn’t supported by science since fluid needs are unique to the individual. The quantity of fluid you need each day varies with the environment you live in, your diet, your activity level, the medications you take, how profusely you sweat, your age and other factors. However, most people don’t drink enough and are in a mild state of dehydration. That’s bad for mental and physical health!

What’s more, some research suggests that hydration may play a role in fat loss. Is there truth to this idea? Let’s look at what science has to say about hydration and the role it plays in weight control and fat loss.

There is evidence, at least in rats, that hydration helps with weight control. Plus, a few correlational studies in humans support this idea too. How could drinking more water lead to greater loss of body fat? There are two ways that hydration might impact weight and fat loss. The first is by decreasing appetite, and the second is by boosting the rate at which we burn fat.

The first mechanism by which hydration could help with weight loss comes from studies showing people often confuse hunger with thirst. In other words, you head to the kitchen for a snack when what your body is really craving is water. You don’t distinguish between the two and end up eating rather than drinking. So, being dehydrated caused you to consume extra calories. The signals that your body sends when you’re hungry and when you’re thirsty are similar. It’s easy to confuse the two! You might feel weak or tired, have a touch of brain fog, or feel sleepy. You interpret those symptoms as hunger, possibly due to a drop in blood sugar, and eat a snack. In reality, you’re experiencing symptoms of dehydration.

Another way water might reduce calorie consumption is by taking up space in your stomach. When you drink a lot of fluids, water or otherwise, your tummy expands and you get a short-term feeling of fullness. However, studies looking at whether drinking water reduces calorie consumption are inconsistent. There’s more evidence that thicker fluids, like smoothies, reduce appetite than low-texture fluids like water.

The Impact of Hydration on Fat Burning

The other way in which dehydration could boost fat loss is by increasing the rate at which cells burn fat. How might drinking water do this? The exact mechanisms aren’t clear, but studies suggest that when cells accumulate fluid and swell, it boosts insulin sensitivity. When you drink fluids, cells swell and lead to improvements in insulin sensitivity that also enhances fat breakdown or lipolysis. Other studies suggest that better hydration improves how mitochondria function, and this enhances metabolism and fat breakdown. In addition, one study found that drinking cold water, in a study, boosted resting metabolic rate by 30%. The theory is that the body had to expend more energy to heat up the water.

So, there are some mechanisms by which staying well hydrated helps with weight control. However, most research showing that drinking more water boosts fat burning were animal studies. Yet a study published in Annals of Family Medicine looked at data from a large study called from the National Health and Nutrition Examination Survey (NHANES). It showed a strong link between hydration (as measured by how dilute or concentrated the urine is) and body mass index. Subjects with more concentrated urine, suggesting dehydration, were more likely to be overweight or obese. This association held even after the researchers controlled for numerous other factors that impact the likelihood of obesity.

Although this study doesn’t show that hydration causes an increase in body weight or body fat, when you combine it with other studies that show possible mechanisms, it suggests that drinking more fluid could help with fat loss.  It’s unlikely the results you get from staying hydrated would be dramatic, but it’s important to drink more fluids anyway, especially if you work out. Even mild dehydration of 2% can reduce exercise performance and make a workout feel harder. This is the level of dehydration where you first start to feel thirsty. Research also shows that mild dehydration can reduce aerobic capacity as well so that you have less endurance. Exercise is easier and more comfortable when you have enough fluid on board!

If you’re unsure whether you’re drinking enough water, look at the color of your urine. If you’re well-hydrated, it should be no darker than pale yellow. If it’s not, you have some catching up to do. So grab a water bottle!

Now you have another reason to stay hydrated. If you’re trying to lose body fat, staying well hydrated may give you a slight edge. But as you might have guessed, drinking more water isn’t enough to keep your waistline trim, You need good nutrition, a healthy diet, exercise, sleep, and stress management. Yet, staying hydrated is critical for performance in all aspects of your life from exercise to keeping your brain sharp so you can be your most productive. So, don’t get so busy that you forget to drink enough liquids. You’ll feel better and perform better in all aspects of your life!

Is Maple Water a Good Alternative for Exercise Hydration?

Natural Coconut Water: Superfood or Not?

Are Plant Waters as Healthy as They’re Made Out to Be?

Is Coconut Water Better than Plain Water for Hydration During Exercise?