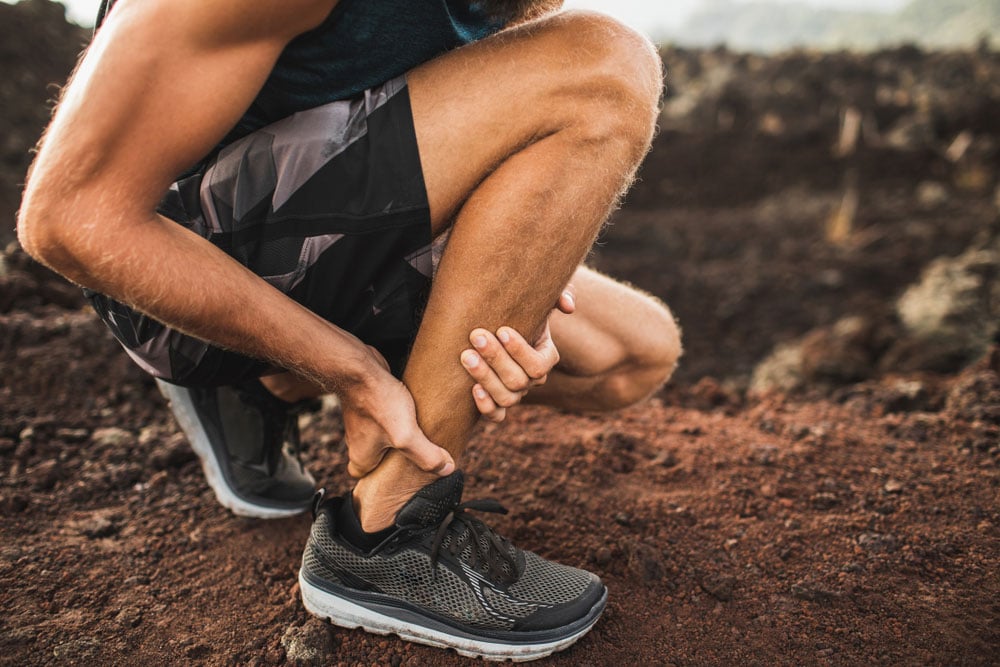 One reason we strength train is to reduce the loss of muscle tissue that occurs with aging. Research shows that working muscles against resistance and increasing the resistance over time slows age-related muscle loss. Even if you don’t start until later in life, studies show you can build strength and muscle size and that makes a big difference in how functional you are now and later in life. This is one of the many perks of strength training!

But what about tendons? You probably don’t think about your tendons a lot unless you develop a tendon injury or get a bad case of tendonitis, but they play a critical role in how your muscles function too. Just ask an athlete like Charles Barkeley who ruptured a tendon in his knee while playing a basketball game in Philadelphia, Pennsylvania. Despite his talent and immense success, the tendon tear ended his 16-year career in the NBA. That’s a twist of fate that no one wants!

What are tendons? They’re tough bands of connective tissue that connect muscles to bones and are critical to movement. When you contract a muscle, it pulls on the tendon, and the tendon tugs on the bone and creates movement. Tendons, along with ligaments, also have elasticity, meaning they can stretch and snapback. That comes in handy when you jump into the air. Plus, strong tendons absorb impact when your feet hit the ground.

Unlike muscles, connective tissue has few blood vessels relative to muscle tissue. Because connective tissue has low blood flow, they heal slowly when they’re strained or injured. However, tendons are resistant to tearing because of the strong collagen network they’re composed of. This network gives them strength but a relative lack of flexibility. Yet they are flexible enough to allow you to jump into the air.

As with other tissues in your body, tendons age. Although tendons don’t change significantly in size or collagen content with age, the collagen itself accumulates damage over time due to a process called glycation, the process by which abnormal bonds form between sugar in the bloodstream and proteins in connective tissue.

When glycation occurs, it creates cross-links between collagen fibrils that cause the tendon to become stiffer and less flexible. As you might expect, people with type 2 diabetes have accelerated tendon aging. The elevated glucose levels in their bloodstream speed up tendon damage due to glycation.

As the collagen becomes increasingly damaged, it reduces strength in the tendon. As tendons age, the number of stem cells you need to make new tendon declines too. The size of tendons doesn’t change significantly later in life, but the cross-links that accumulate due to aging make the tendon stiffer but weaker.

When you work your muscles against resistance, the muscles adapt by laying down new contractile elements and the muscle fibers thicken. This makes the muscle thicker and stronger. Does the same happen with tendons?

Tendons don’t hypertrophy or enlarge like muscles do in response to exercise, but studies show that with long-term exercise they undergo remodeling and lay down more collagen, which can make them stronger. Studies also show that long-term exercise can increase the thickness of tendons. The tendon length doesn’t change but the connective tissue thickens. Most studies suggest that short bouts of exercise don’t have this effect and that it only occurs with consistent exercise over a long period.

What type of exercise should you do? Physical therapists often use eccentric movements to treat tendon injuries. These are movements where you lengthen a muscle against resistance. An example would be lowering the dumbbell or barbell when you do a biceps curl. You have to contract the muscle to keep the weight from dropping too quickly. These movements are highly effective for recovering from a tendon injury. It’s less clear whether training with an emphasis on the eccentric portion of movements strengthens healthy tendons.

Some studies also show that plyometric movements, like squat jumps and box jumps, improve how efficiently tendons recoil. If that’s the case, this may improve muscle and tendon functionality. Also, foam rolling or massage, after a workout, may be beneficial by improving blood flow to your tendons.

Diet may play a role in slowing tendon aging too. Since glycation is one cause of tendon damage related to aging, keeping your blood sugars in a healthy range reduces glycation, which ages tendons. A 2017 study in rodents suggests that consuming a diet low in advanced-glycation end-products (AGEs) may reduce glycation of tendons and help slow their aging. AGEs form when foods are cooked or processed at high heat, so you would expect many ultra-processed foods to be rich in AGEs.

Cooking with dry heat increases the AGE content of foods the most.  Toasting, baking, roasting, grilling and frying all increase the AGE content of foods. Uncooked animal foods also contain significant quantities of advanced glycation end products. On the plus side, there’s some evidence that antioxidants and anti-inflammatory compounds in fruits, vegetables, and spices protect against the harmful effects of AGEs. Consuming fewer AGEs may also reduce the rate at which blood vessels and other tissues age. Therefore, exercise and diet may help slow tendon aging.

What can we conclude? Consistent exercise may strengthen your tendons and make them less prone to tears, although more research is needed to confirm this. By making tendons stronger and boosting collagen synthesis, exercise may counter some of the effects of aging. Some research even suggests that exercise reduces glycation, the very process that damages collagen in tendons. Exercise can also make tendons stiffer, but this isn’t always an asset. If a tendon becomes stiffer than the muscle it connects to, it increases the risk of injury. Be mindful of your diet too. Don’t consume a lot of foods high in AGEs that speed up aging of many tissues in the body, including tendons. Eat right and keep exercising!

How to Keep Your Tendons Healthy as You Age

Tendons and Ligaments: How Do They Change with Age?

Flexible or Not? Factors That Affect How Flexible Your Joints Are

The Process to Start Rehabbing an Achilles Injury

How Resistance Training Shapes Tissues Other Than Your Muscles

Can You Strengthen Your Tendons?

Is It Okay to Exercise With Tendonitis?

Intense Exercise and Gelatin: A Good Combo for Your Joints?