Does Air Pollution Cause Type 2 Diabetes? 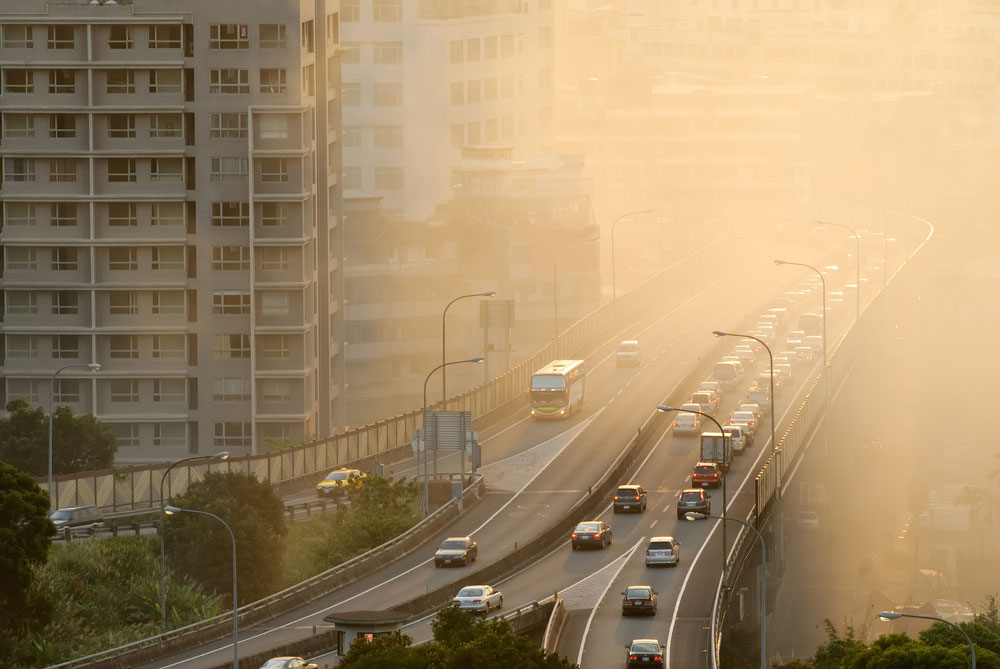 When you think of the risk of developing type 2 diabetes, factors such as body weight, genetics, diet, and physical activity probably come to mind. All these factors play a role in who gets type 2 diabetes. But one you might not have considered is air pollution. There’s growing evidence that the cleanliness of the air you breathe in is a factor in insulin resistance and type 2 diabetes.

Is Air Pollution Harmful to Your Pancreas?

It’s clear that air pollution is harmful to your lungs and cardiovascular system. According to the American Lung Association, living close to a major road or highway or being exposed to air pollution increases the risk of asthma and reduced lung function. Plus, it raises the odds of dying early. One study even found that adults who live close to a busy road may increase the risk of dementia and other neurodegenerative diseases of the brain. It makes sense because pollution creates more oxidative stress that damages brain cells.

What you might not realize is air pollution may increase the risk of insulin resistance and type 2 diabetes too. In support of this, a recent analysis of seven studies found that every 10 micrograms per cubic meter rise in particulate matter concentration of a certain size boosted the odds of developing type 2 diabetes by 25%. The particulate matter in this study were particles 2.5 micrometers in diameter or less.

When you live in an area where the air is polluted, you may breathe in a significant quantity of particles this size or smaller. Once you inhale, they enter your lungs and pass into your bloodstream through tiny capillaries in the lungs. From there, they travel in your bloodstream to other parts of your body, including the pancreas, the organ that makes insulin. That’s where these tiny particles commit mayhem.

Researchers believe some particulate matter act as endocrine disrupters, meaning they disturb the normal activity of hormones, including hormones like insulin that control blood glucose. One way they may do this is by suppressing the release of insulin. When your pancreas doesn’t release enough insulin, glucose stays in your bloodstream longer.

Some Person Care Products May Disrupt Hormones, Like Insulin, Too

How much does particulate matter in the air contribute to type 2 diabetes? According to a study published in Lancet Planetary Health, up to 14% of type 2 diabetes cases may be caused by air pollution. It’s not just small particulate matter in the air that’s a risk, chemicals in personal care products, and even pesticides, may alter insulin activity and boost the risk of type 2 diabetes. Some of these include bisphenol-A (BPA) in plastics and phthalates in some scented products.

In one study, researchers measured levels of phthalates in the blood of over 1,000 older adults in Sweden and compared them to their fasting blood sugars. They found that women with higher levels of these chemicals in scented products were twice as likely to develop diabetes. This study only shows an association between the two, but animal studies show phthalates disrupt the activity of hormones and insulin is a hormone that regulates blood sugar.

How to Lower Your Risk

You don’t always have complete control over the air you breathe. If you live and work in a city, you might be exposed to a considerable amount of air pollution every day. All things being equal, living in a more rural area might be better for your health. Studies show the number of days where air quality is low decreases in more rural areas.

If you live in a city, residing as far away from a busy road or highway could lower how much particulate matter you breathe in and that enters your bloodstream. Plus, there is some evidence that noise pollution, common in cities, increases the risk of cardiovascular disease too. On the downside, if you live in a rural area, you’re more likely to be exposed to particulate matter from agricultural practices and pesticides used in farming. So, you have to strike a balance.

Indoor air and exposure to phthalates, BPA, and pesticides on food, you have more control over. You can start by not buying scented products since many non-organic scented cleaners and personal care products contain phthalates. Avoid plastic as much as possible too since some contain BPA and BPA-like substitutes that scientists believe may still disrupt hormones. Buy organic when it’s available. It doesn’t guarantee you’ll take in no pesticides since farmers use natural pesticides on organic produce. But you can lower your pesticide burden by buying most products organic. Some people even place an air filter in their home to filter out small particulate matter in the air.

What you breathe in and expose yourself in your home you may also be a risk for type 2 diabetes. Take small steps to reduce your exposure by changing your shopping habits and choosing organic when you can. If you’re choosing a new place to live, try to find a house as far as possible from a busy road. If you walk outdoors or run, do it early in the morning or late in the evening to avoid commuter traffic. Avoid walking or running in areas with lots of cars and exhaust fumes. Also, eat more fruits, vegetables, and spices with antioxidant activity. The free-radical fighters in these foods may help fight some of the damage air pollution causes.

8 Ways to Lower Your Risk of Type 2 Diabetes

What is Fueling the Type 2 Diabetes Epidemic?

What Role Does Exercise Play in Reversing Pre-diabetes?

How Body Weight Impacts the Risk of Developing Type 2 Diabetes

Can You Reverse Type 2 Diabetes?

Can Strength Training Lower Your Risk for Type 2 Diabetes?