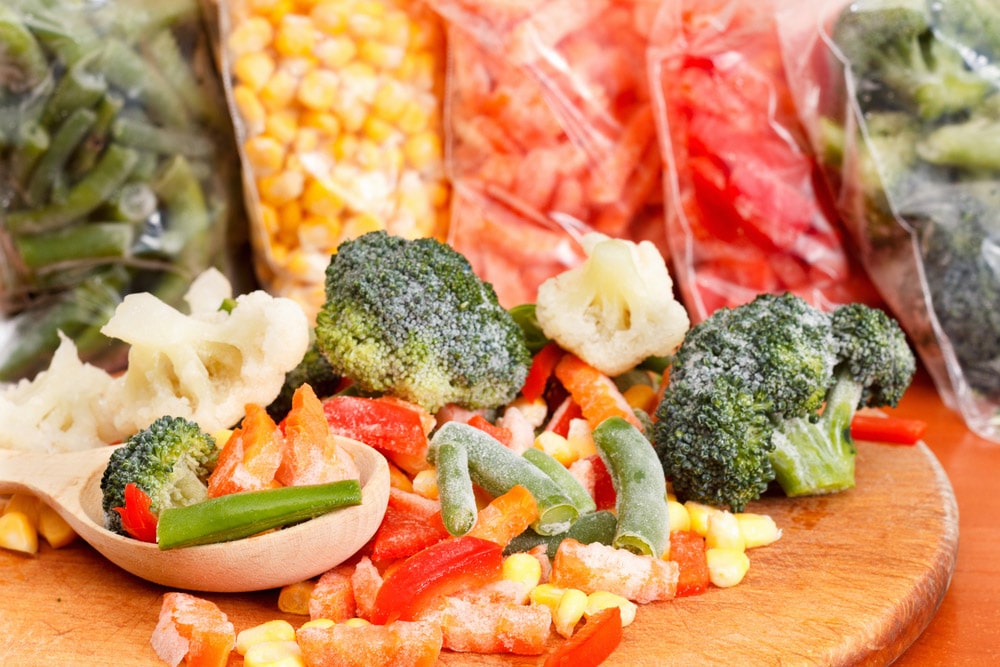 Eating a healthy diet means making nutrient-dense food choices that are low in sugar and as unrefined as possible, but when you choose produce you have another variable to consider, pesticides. Fruits and vegetables grown in a conventional manner are sprayed with chemicals to deter pests.

It is not clear whether the small quantities of pesticides we’re exposed to when we eat fruits and vegetables raise the risk of health problems. Some sources say that the benefits you get from eating produce outweigh the pesticide risk. Still, the exposure is cumulative, so it is best to limit your exposure. Some pesticide residues remain on the produce even after it reaches the market, and when you eat it, you absorb those pesticides too. The Centers for Disease Control and Prevention states that the average person has residues of 28 different pesticides in their body.

If you choose fresh produce, you can reduce pesticide exposure by choosing fruits and vegetables grown organically. Organic growers still use pesticides, but they are from natural sources. Some sources argue that even natural pesticides are not harmless, but they are arguably safer than conventional pesticides. Fresh produce is one thing, but what if you buy frozen, canned, or dehydrated vegetables? Are these sources of produce higher or lower in pesticides?

For this reason, canned produce may have fewer pesticides than fresh. However, they are often placed into cans with a BPA lining. The BPA can leach into the contents of the can and end up on the fruit or vegetables. Studies link BPA with fertility problems and hormone disruption in animals. So, canned fruits and vegetables may be lower in pesticide residues but contain another unhealthy chemical, BPA.

More people are buying dehydrated fruits and vegetables due to their longer shelf-life. These dried versions of produce are popular with campers, but also people stocking up during emergencies such as the COVID-19 pandemic. To make dehydrated vegetables, manufacturers remove the water, which makes them shrink in size and weight. It also prevents the growth of microbes that cause spoilage, giving the product a longer shelf life.

Since some producers use heat to dehydrate, the process can destroy some vitamins in the food. However, drying food at home using a food dehydrator limits vitamin loss since the temperatures in a home dehydrator are lower. Some people believe that dehydrated vegetables and fruits contain more pesticides than fresh ones, but that is not the case.

The pesticide content is the same as on the fresh fruit and vegetable, but the amount per weight is greater since the dehydration process removes the water from the produce. In the case of dried fruit where you eat it in a dried state, you eat more of it because it is smaller and that increases the amount of pesticide exposure. However, most people rehydrate vegetables, so the pesticide exposure overall should not be higher.

Some dehydrated food companies also make their products from organic fruits and vegetables, and some even test them after dehydration to make sure they are free of pesticides and heavy metals. So, to limit pesticide exposure, shop around and find a reputable company.

It might be reassuring that the Department of Agriculture tested 27,000 food samples for pesticide residues. All were within legal limits for adults. However, the amounts of pesticides in a single serving of fruits and vegetables can exceed the amount deemed safe for a young child. It is important for children to eat their fruits and vegetables, but it’s safest to get fruits and veggies from organic sources if you’re feeding kids.

If you buy fresh fruits and vegetables, wash them well and use a brush to get into the crevices of produce like berries. Some people even use a dilute vinegar solution to clean fruits and vegetables before using them. You do not get the same opportunity with canned, frozen, or dehydrated produce, although canned and frozen may have somewhat lower levels, anyway. Still, if you can buy organically frozen, canned, or dehydrated. If you use canned, wash the contents with water to remove as much BPA as possible, although you will not be able to remove it all.

Eat your fruits and vegetables and buy organic when you can. It is possible for young children to exceed safe levels of pesticide exposure by eating conventional produce.

Canned and frozen are processed in a way that may remove some pesticide residues, but it’s not likely that it will remove them all.

Frozen and canned produce may retain more vitamins than fresh. However, dehydrated produce may lose some of their vitamin C and B-vitamins due to heat exposure.

Does Rinsing Fruits and Vegetables Remove All the Pesticides?

How to Avoid Genetically-Modified Foods in Your Diet

Is Organic Food Better for You?

Are the Fruits and Vegetables We Eat Today Less Nutritious?

Natural Versus Organic: What Do They Mean and Are They Really Healthier?