Do Dairy Foods Cause Inflammation? 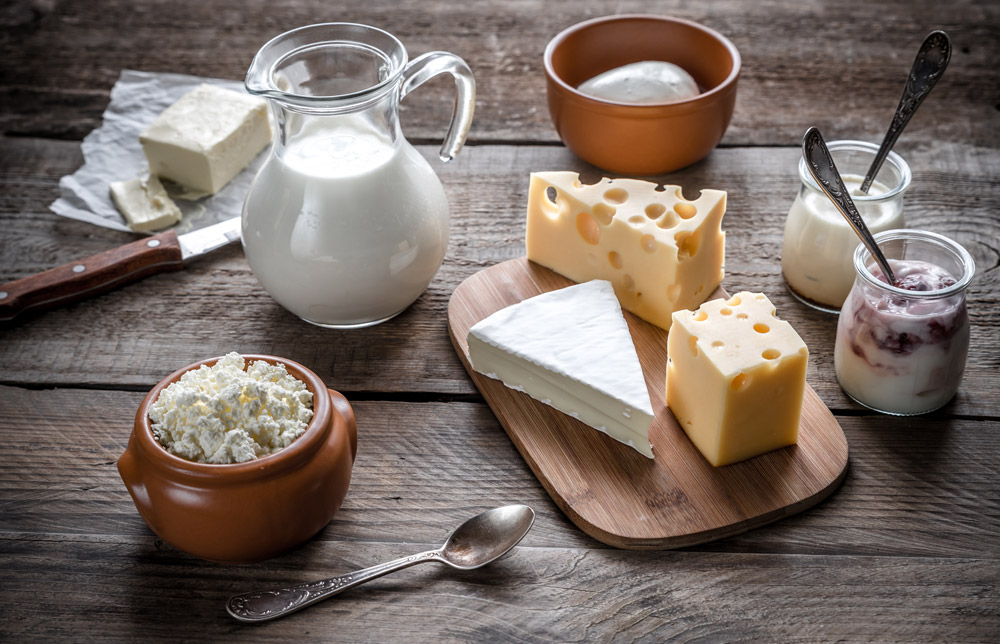 Dairy foods are an outstanding source of calcium and protein. In fact, one reason people consume dairy foods is because of their calcium content. Calcium is a key component you need for healthy bones and to ward off osteoporosis and fractures. It sounds like a good reason to consume more dairy, right?

Despite dairy’s high calcium content, a mineral we need for bone health, one large study published in the British Medical Journal that observed over 100,000 people for two decades found that consuming more milk actually increased the risk of fractures in women and wasn’t protective against fractures in men either. Also, milk consumption was associated with higher mortality in the study.

You may have also heard from various sources that dairy foods increase low-grade inflammation. More people are focusing on eating foods that fight inflammation and avoiding ultra-processed junk fare that fuels the body’s inflammatory response. Does dairy fall into this category?

The answer to whether dairy is inflammatory isn’t clear cut. Small studies suggest that dairy foods may fuel inflammation in some people. For example, a study of over 40,000 adults with documented osteoarthritis found those who consumed the most dairy foods were more likely to have their symptoms progress to the point of needing a hip replacement. Another small study of adults by German researchers also linked dairy foods with increased markers of inflammation.

Before dumping the dairy, other studies show the opposite. Don’t you hate it when studies conflict? In fact, a meta-analysis of 52 studies found dairy had anti-inflammatory benefits in people free of a milk allergy. It’s possible that dairy may fuel inflammation in some people who are allergic to the proteins in milk. Their immune systems would go into overdrive when they consume dairy foods.

Whether dairy is pro- or anti-inflammatory may also depend on the type of dairy product. For example, yogurt with active cultures contains probiotic bacteria that may impact the gut microbiome in a way that has an anti-inflammatory effect. We know that gut bacteria play a pivotal role in the body’s immune response. It’s also possible that milk from pasture-fed cows may have a differing effect on the immune system than milk from grain-fed cows.

Whether dairy has an anti-inflammatory or pro-inflammatory effect may also depend on how your immune system responds to the proteins in milk. We’re all a little different! As mentioned, some people are allergic to dairy products and consuming even slight amounts can launch an inflammatory cascade that’s harmful.

The main carbohydrate in milk is lactose, a disaccharide that intestinal enzymes break down to glucose and galactose, two simple sugars. Most children and teens have enough of the enzyme lactase to break lactose down. However, the level of this enzyme drops with age. By adulthood, many adults have dwindling levels of lactase and can’t convert lactose to galactose and glucose to a significant degree. So, some lactose remains in the gut where bacteria ferment it, causing gas and bloating. People with this problem have lactose intolerance.

Lactose, itself, may play a role in inflammation. Some research suggests that lactose may cause oxidative stress and fuel inflammation. However, some dairy products are higher in lactose than others. For example, cheese has a low lactose content and may not have the same impact as high-lactose dairy foods such as milk. Some studies also suggest that galactose, the sugar that forms when you break down lactose may cause oxidative stress and inflammation too. Studies in animals suggest that galactose contributes to premature aging.

What about Fermented Dairy?

Fermented dairy beverages, like kefir, are popular these days. Fermentation of dairy boosts levels of probiotic bacteria that have anti-inflammatory benefits when they end up in your gut. At least one study finds that kefir has antioxidant and anti-inflammatory properties. The gut-friendly bacteria in kefir may explain this finding, gut bacteria play a key role in the activity of the immune system.

Other Pros and Cons of Dairy Foods

The biggest benefit of dairy foods is the nutritional benefits they offer. Dairy foods are rich in calcium, potassium, protein, and naturally contain or are fortified with vitamin D and vitamin B12. But you can get these nutrients and micronutrients from other food sources. Of concern are studies that link dairy foods with a higher risk of developing and dying from ovarian and prostate cancer. For example, a study found that men who consumed at least 2 glasses of milk daily had double the risk of developing prostate cancer. On the plus side, some studies show people who consume calcium from dairy sources have a lower risk of developing colon cancer.

You Have Non-Dairy Options Too

If you like the taste of milk but wish to reduce your consumption of dairy, substitute all or a portion of the milk you drink with non-dairy milk substitutes. You can choose from so many options, including coconut, almond, hazelnut, oat, walnut, flaxseed, pea protein, macadamia, and hemp milk. The calcium and protein content of milk substitutes varies, so read the label. Most are not naturally good sources of calcium and vitamin D, but companies often enrich their products with vitamins and minerals to increase their nutritional value. It pays to read the label, as the nutritional content varies between products.

If you aren’t allergic to dairy and aren’t lactose intolerant, fermented dairy provides benefits because of the probiotic bacteria it offers. Explore your options and you might decide there’s a place for both in your diet – dairy and dairy alternatives such as plant-based milk and yogurt.

What Impact Do Dairy Foods Have on Appetite?

Dietary Calcium: Why You Need It and the Best Sources for Getting It

Dairy Milk: Are the Health Benefits All They’re Cracked Up to Be?