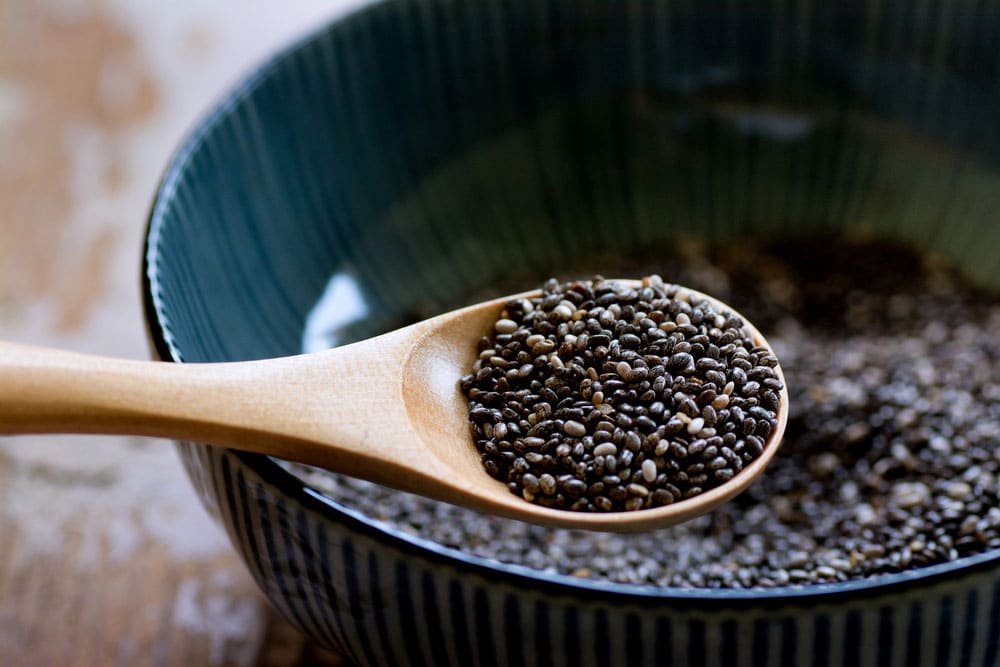 Some people refer to chia seeds as a superfood because of their high nutrient content. However, superfood is more of a marketing term that it is a nutritional term. Yet chia seeds can be a nutrient-dense addition to your diet and they’re widely available in supermarkets.

What are they? Chia seeds are small seeds that come from the Salvia Hispanic plant and have been a source of nutrition since the days of the Aztecs. However, interest in chia seeds has skyrocketed in the past decade, as more people look for nutrient-dense foods they can add to their diet.

When a new “superfood” reaches the market, people often make claims, some of which are unsubstantiated and many of these claims pertain to weight loss. So. it should come as no surprise that people have made such claims about chia seeds. Is there any truth to the claim that chia seeds can help you get leaner or improve your metabolic health?

What Research Shows about Chia Seeds and Weight Loss

A study was carried out on 62 diabetics who were overweight or obese. Most were taking prescription medications to control their blood sugar. The participants were divided into two groups. One group ate 40 grams of chia seeds daily while the other group ate 26 grams of oat bran mixed with 7 grams of inulin fiber each day. The meals contained a similar calorie and fiber content. Each group ate their assigned meal for six months and continued on their regular diet while recording how much they ate.

The results? The group who ate the chia seeds shed significantly more weight and lost more waist circumference than those who ate the oat bran/inulin mixture. The chia seed group also experienced a drop in C-reactive protein, a marker of inflammation, and a boost in adiponectin, a hormone produced by fat cells that improves how cells metabolize fat and glucose, so it is favorable for metabolic health. However, they showed no differences in markers for blood sugar control.

What does this mean? At least for type 2 diabetics who are overweight or obese, chia seeds offer some weight loss advantage over oat bran and inulin, despite being similar in fiber and calories. Plus, the participants lost 2.2% of their body weight without otherwise changing their diet. Although small, a loss of 2.2% of body weight can have an impact on metabolic health. Plus, there are other upsides to adding chia seeds to your diet.

The explanation for the increased weight loss and shrinking of waist size in the chia seed group isn’t clear since both meals contained similar amounts of fiber. However, the type of fiber differed between the two groups. Fiber comes in two main types: soluble and insoluble. The fiber in chia is mostly insoluble, a type that doesn’t dissolve in water while oat bran and inulin are soluble fiber, a fiber type that does.

There’s some evidence that insoluble fiber is more satiating and curbs hunger more than soluble fiber. Plus, the fiber in chia seeds is viscous fiber; it forms a gel-like substance when you mix it with water. You can see this yourself by adding water to chia seeds and letting them sit for a few minutes. You’ll notice a gelatinous like material form. Chia seeds do the same thing in your gut when you eat it, and this reduces hunger more effectively and longer than soluble fiber does.

So, it’s possible that the group who ate the chia mixture ate less food than the oat bran group because of reduced hunger, and this wasn’t reflected in the records the participants kept of how much food they consumed.

Before rushing out to buy chia seeds in the belief that it will help you lose weight, several other studies don’t show a significant effect of chia seeds for weight loss. However, these studies were small and not as well conducted as this randomized controlled trial. Plus, they were shorter than this study. A six-month study carries more credibility than one that’s only 12 weeks.

Other Benefits of Chia Seeds

For a seed so tiny, chia seeds are surprisingly nutrient-dense. Beyond their fiber content, they’re a good source of a short-chain omega-3 called alpha-linolenic acid (ALA). Your body can convert only a small portion of the ALA you take into long-chain omega-3s, like those in fish oil. However, there’s evidence that ALA has some, but not necessarily all, of the health benefits of long-chain omega-3s.

Chia seeds are also surprisingly high in protein, a macronutrient that boosts satiety too. In fact, chia seeds are between 16 and 19% protein by weight. They’re also a good source of key minerals, including magnesium, iron, selenium, and copper. However, the high-fiber content of chia may reduce the absorption of these minerals. Chia seeds also contain a variety of compounds with antioxidant and anti-inflammatory activity, which may explain the drop C-reactive protein, a marker of inflammation, in the study.

Chia seeds are rich in viscous fiber that may reduce appetite and help with weight loss based on at least one study. However, we need more research because not all studies show this, but chia seeds are a good way to add extra fiber, protein, and short-chain omega-3s to your diet. It’s important to add water to the seeds and allow them to form a gel before eating them or add them to foods, especially if you have problems swallowing.

If you eat the seeds without allowing them to expand, there’s a small risk they could lodge in your esophagus and expand enough to cause an obstruction. WebMD.com describes a case of a man who ate a tablespoon of chia seeds dry and washed them down with a glass of water. The seeds expanded in his esophagus when he drank the water and caused an obstruction. The doctors had to use a special scope to remove the obstruction.

Enjoy chia seeds for the fiber, protein, and omega-3s they offer. They may even help you eat less and better control your weight.

5 Healthy Seeds and Their Nutritional Benefits

What Are Super Seeds and What Health Benefits Do They Offer?