Could Sea Vegetables Be a Healthful Addition to Your Diet? 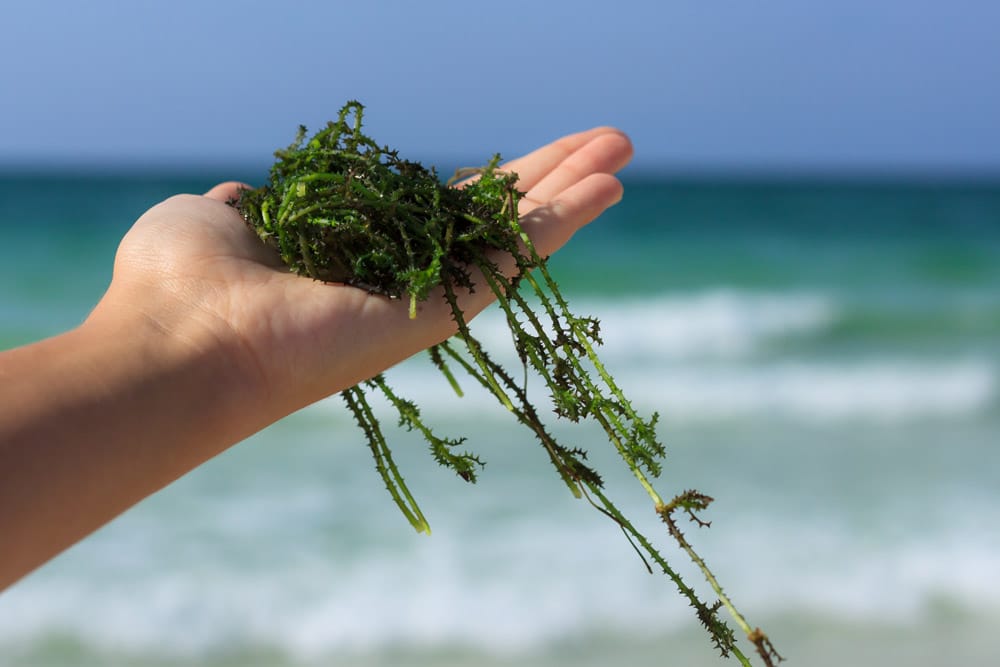 We know that vegetables are healthy.  Studies show that including a variety of colorful fruits and vegetables in your diet may lower the risk of chronic health problems, including cardiovascular disease, type 2 diabetes, stroke, and some forms of cancer. As Michael Pollan says, “Eat food, not too much, mostly plants.” But when we plan our shopping list, we mostly fill it with vegetables harvested from the land. What about sea vegetables, plant-based foods that come from the ocean? In reality, most sea vegetables are algae and include such options as kombu, wakame, arame, hijiki, and nori.

One culture that embraces sea vegetables is the Japanese who enjoy using seaweed in recipes, making sushi and even munching on raw seaweed sheets as a snack. Some of the healthiest Japanese live on islands that live off the coast of Japan are the Okinawans, a long-living culture who has more people who reach the age of 100 than other parts of the world. In fact, the Okinawans eat almost 100,000 tons of sea vegetables each year. In contrast, sea vegetables are not as popular in Western countries, although they’re growing in popularity. You can buy seaweed dried in many natural food markets and rehydrate it in water.

Sea vegetables also contain compounds that help flush estrogen metabolites from the body. That could be beneficial for women, as some studies suggest that these compounds may lower the risk of estrogen-dependent breast cancers. While you can’t give sea vegetables full credit, Japanese women who eat lots of seaweed and sea vegetables enjoy lower rates of breast cancer. That changes after they migrate to the United States and abandon their seaweed eating habit. However, the Japanese also change other aspects of their diet when they reach American shores, so it’s hard to say whether the benefits are all due to seaweed. Sea vegetables are rich in fiber, another dietary component that helps flush excess estrogen and estrogen metabolites out of the body.

Sea vegetables are also rich in iodine, a mineral that plays a crucial role in thyroid function and resting metabolic rate. Your thyroid gland needs iodine to produce thyroid hormones, T3 and T4, that determine your resting metabolic rate. Seaweed is one of the best sources of iodine, but the quantity varies with the type and color of seaweed. Brown algae, including kelp, arame, kombu, and wakame are the highest in this mineral.

Iodine deficiency is more of a problem in other parts of the world though, as table salt is iodized and provides enough iodine to prevent deficiency, but this assumes a person doesn’t eat a very low-salt diet. Although popular, sea salt isn’t iodized and, therefore, isn’t a good source of iodine. During pregnancy, women need more iodine for healthy fetal development and some pregnant women don’t get enough of this mineral. Iodine deficiency when the fetus is developing and during childhood can lead to cognitive deficiencies and delayed mental development.

Another benefit of seaweed and sea vegetables is their high mineral content. These ocean-sourced veggies and algae are an abundant source of minerals you need in substantial amounts such as calcium, potassium, and magnesium and those you need in lesser quantities such as iron, copper, selenium, and zinc. In fact, many people eat seaweed for its mineral content. Sea vegetables are also an excellent source of vitamin C, an antioxidant vitamin that also boosts iron absorption.

Are There Risks to Eating Seaweed and Sea Vegetables?

Too much of a good thing isn’t always better, and that applies to iodine. A deficiency of iodine can lead to an underactive thyroid, but too much can have the opposite effect. It can cause goiter or enlargement of the thyroid. Some research also links a diet rich in iodine with an increased risk of thyroiditis, an inflammatory condition of the thyroid gland, and papillary cancer of the thyroid. If you have thyroid disease or take thyroid medications, be cautious with sea vegetables. Consuming sizeable amounts of iodine from sea vegetables may alter thyroid function and affect medications used to control your thyroid.

Another drawback of consuming seaweed is the risk of heavy metal contamination.   Red seaweed carries a higher risk of contamination than brown seaweed. Plus, much of the seaweed and sea vegetables we consume is harvested off the coast of Japan. In 2011, the Fukushima nuclear accident released radioactive materials into the oceans and that can cling and contaminate sea vegetables. A 2014 study found that some algae samples contain higher levels of radioactive material.

Seaweed and sea vegetables are a mineral-rich addition to your diet. If you don’t use iodized salt, seaweed is an excellent way to meet your body’s iodine requirements. You can choose from a variety of seaweed and sea vegetables, including kombu, kelp, dulse, nori, chlorella, and spirulina to add the flavor of umami to your plate.

If You Upgrade Your Lifestyle Later in Life, Do You Still Get Health Benefits?

Plant Sterols: Do These Natural Compounds in Plants Have Health Benefits?

Canned, Fresh, and Frozen Vegetables: Are They Equally Nutritious?

5 Ways to Add Breakfast Vegetables to Your Diet.

Are Raw Vegetables Better for You?

Can a Natural Compound in Vegetables Slow Aging?