Can the Type of Fat You Eat Affect Your Ability to Concentrate? 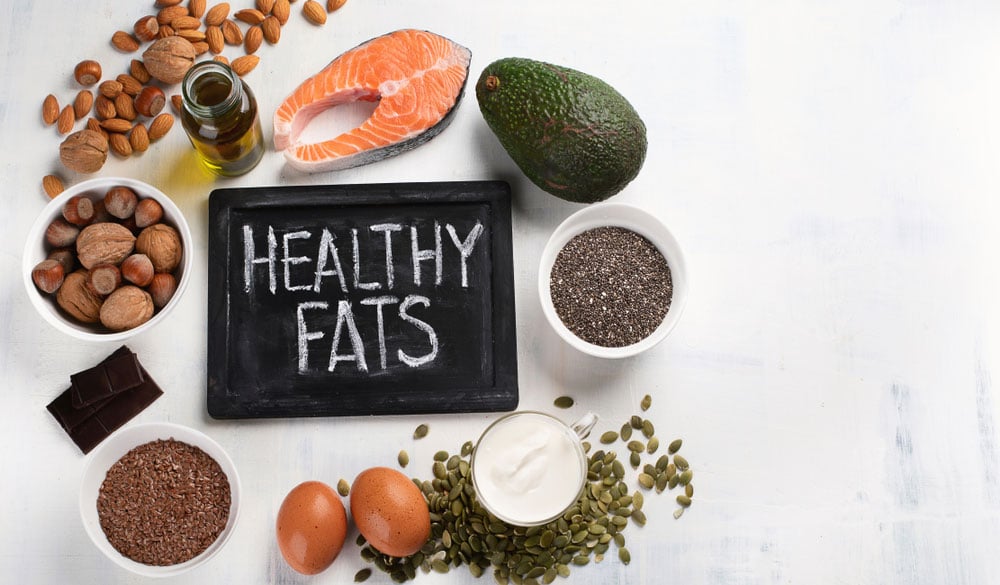 Fat is one of the three macronutrients that your body uses for energy. Plus, you need a certain amount of fat in your diet to get two essential fatty acids called alpha-linolenic acid and linoleic acid that your body needs but can’t make. Decades ago, dietary got a bad rap based on the belief that eating fat caused people to gain body fat. But we now know that consuming ultra-processed foods and refined carbohydrates are bigger contributors to obesity, so much so that low-carb diets are becoming popular among people trying to lose weight.

Not all fats are the same, but they have some things in common, including their basic structure. All are made up of a glycerol backbone with three fatty acids attached. It’s the composition of the fatty acids that determines the type of fat and may include saturated, polyunsaturated fatty acid, or monounsaturated fatty acids.  Saturated fats are mainly from animal sources, such as meat and dairy, although coconut oil also contains saturated fat. Based on current dietary guidelines, you should get the most dietary fat from polyunsaturated and monounsaturated sources. Now, a new study finds that the type of fat you consume may even affect how well your brain focuses.

You’ve just devoured a steak and washed it down with a glass of milk. Now you’re having a hard time concentrating – but why? Blame it on that meal you just ate! A recent study finds that eating a single meal high in saturated fat may make it harder for your brain to focus.

Researchers asked 51 women to eat a meal rich in saturated fat or a meal that contained an abundance of sunflower oil, an oil that contains mostly polyunsaturated fats. Both meals contained 60 grams of fat and 930 calories, so it wasn’t a low-fat or low-calorie meal. The difference was in the type of fat each contained.

What does this study show? It shows the impact that even one meal can have on the ability to focus. So, if we want to perform our best mentally and be productive, what we eat matters. Second, the type of fat we put on our plate has an effect too.

You might wonder how a meal with an abundance of saturated fat exerts these effects on the brain. Scientists have a theory based on some additional findings related to the study. They measured levels of an inflammatory marker that enters the bloodstream when the gut barrier is damaged. They found that subjects who ate the saturated fat meals had higher levels of this inflammatory marker after their meal and it corresponded with a drop in attention and focus.

This isn’t the first study to show that saturated fat increases inflammation and it seems to do so by altering intestinal endotoxin transport. Saturated fat causes a transient “leaky gut” that allows endotoxins to enter the bloodstream. Once released, these endotoxins may affect other organs, including the brain. In fact, increased endotoxin entry into the bloodstream and the inflammation it causes may explain some of the health risks associated with eating large quantities of saturated fat. On a more reassuring note, one study found that polyunsaturated fats, DHA, and EPA in fish oil had the opposite effect, they reduced endotoxin entry into the blood and inflammation. Therefore, omega-3-rich wild-caught fish may be better for focus than red meat or dairy.

But there’s more. Research in mice shows that consuming saturated fats affects brain signaling in a way that negatively alters mood. In addition, people who are obese appear to be at higher risk of depression too. So, saturated fat may affect brain function in more than one way.

The type of fat you eat may affect how your brain functions short-term, how focused you are, and even your productivity. Eating a large meal can too. Based on the research, your best bet is to eat a lighter meal and avoid eating a meal high in saturated fat when you need maximal brainpower. So, skip the steak and cheese and sardines or nuts!

Does the Type of Saturated Fat You Eat Matter?

Dietary Fat: How Much Fat Should You Consume Each Day?

Trans Fats: What Exactly Are They?

Vegetable Oils: Why They’re Not as Healthy as You Think

Does the Type of Fat You Eat Affect Muscle Development?