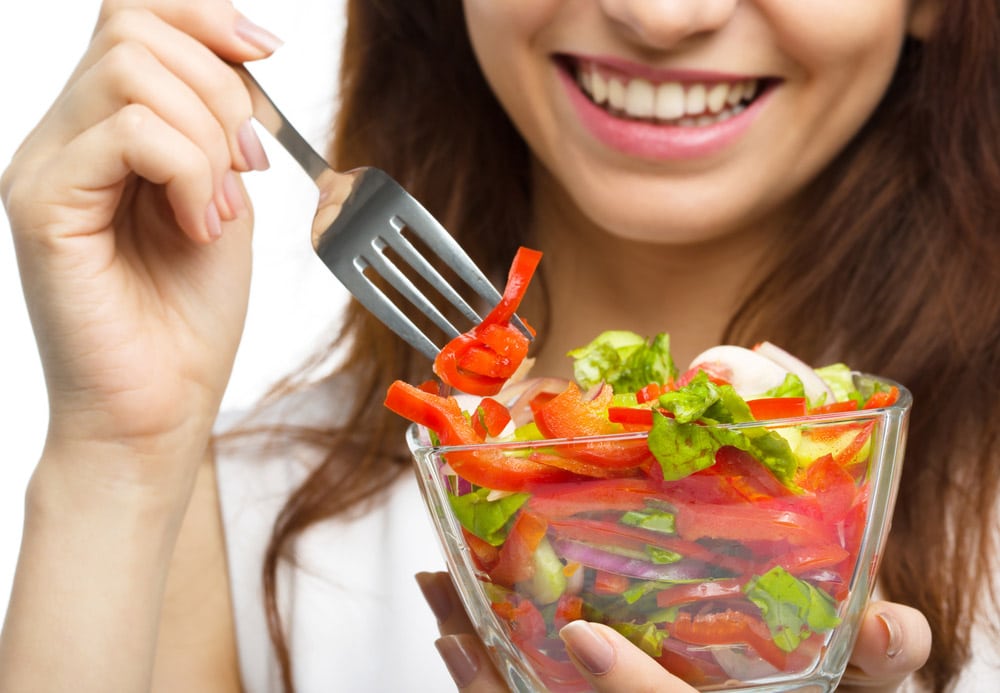 A hot steak fresh off the grill might titillate the taste buds, but some studies link a diet high in red and processed meat with a greater risk of health problems such as cardiovascular disease and some forms of cancer.

According to the American Heart Association, consuming large amounts of processed meat and red meat may raise the risk of cardiovascular disease, type 2 diabetes, and some types of malignancies. Medical societies also recommend consuming more fruits and vegetables due to their nutrient density and high fiber content. Based on these recommendations, you might wonder whether adding more fruits and vegetables to your plate offsets any negative effects of eating red and processed meat.

You can find studies that show diets high in red meat and processed meat aren’t healthy and there are also studies showing that consuming vegetables offers health benefits, partly due to their high phytonutrient content. Phytonutrients have antioxidant and anti-inflammatory properties. Since inflammation plays a role in most chronic health problems, it would seem wise to consume some foods with anti-inflammatory activity.

What a Study Shows

To look at the impact of fruit and vegetable consumption on the risks of eating red meat, Swedish researchers compiled data from two large studies that included around 75,000 men and women. The study used questionnaires to determine how much red meat participants ate along with how many servings of fruits and vegetables they added to their plate. They followed the participants for a total of 12 years to see what their health outcomes were and whether they were still alive.

In the study, the researchers placed red meat into two categories: processed and unprocessed. Processed meat is red meat that manufacturers alter in some way by smoking, curing, adding preservatives, or by canning. Some examples are bacon, sausage, beef jerky, hot dogs, salami, and pepperoni. Unprocessed meat can undergo mechanical processing, such as chopping to make ground meat, but it doesn’t undergo processes like curing or smoking.

The results? Men and women who ate the most red meat had a 21% higher risk of mortality from all causes while men who consumed more red meat were at greater risk of developing diabetes. The researchers also found that consuming more processed and unprocessed red meat boosted the odds of developing cardiovascular disease by 29%.

What Does This Study Tell Us?

Although observational studies based on food questionnaires are less reliable and don’t show cause and effect, one strength of this study is how large it is and the fact that the researchers followed the participants for 12 years. Other studies, although observational, also show links between eating red meat and processed meat and a higher risk of health problems, including cardiovascular disease, type 2 diabetes, bowel cancer, and stomach cancer. Now, this latest study suggests that eating fruits and vegetables won’t protect against the effects of a diet high in red and processed meat.

How Red Meat Could Be Harmful to Health

Some problems with red meat may stem from chemicals produced when people cook it. When you expose red meat to high temperatures, especially frying, they produce heterocyclic amines and polycyclic aromatic hydrocarbons, compounds that cause cancer in animals. Also, manufacturers preserve processed meat with sodium nitrite, a chemical that converts to nitrosamine during cooking. Studies suggest that nitrosamines play a role in bowel cancer in animals.

Another culprit is a sugar called Neu5Gc that you get more of when you consume red meat and processed meat. Studies show that our immune systems don’t like Neu5Gc and reacts by producing antibodies against it. In turn, these antibodies may produce low-grade inflammation that’s harmful to cells, tissues, and blood vessels. When mice are exposed to Neu5Gc, they develop low-grade inflammation. If this happens inside the walls of your arteries, it increases the risk of cardiovascular disease, as inflammation damages the inner arterial wall.

Other research points to the high iron content of red meat. You need a certain amount of iron to make hemoglobin, the structures that carry oxygen in your blood, but too much may be harmful. In higher amounts, iron has a pro-oxidant effect, meaning it can damage cells and tissues by stealing unpaired electrons. Some people also have hemochromatosis or are carriers of the gene and have a problem metabolizing iron. Some studies link a higher iron intake with a greater risk of cardiovascular disease. The culprit seems to be heme iron, the type of iron you get from animal products as opposed to non-heme iron, the form of iron in plant-based foods. One study found that heme iron raised the risk of cardiovascular disease by 57% while non-heme iron did not.

If you eat red meat, do it in moderation. It is a good source of vitamin B12, a vitamin you don’t get from plant-based foods. Keep eating your vegetables too! Although there’s no proof that they protect against the health risks of eating lots of red and processed meat, they are nutrient-dense and an excellent source of fiber for a healthy microbiome. Skip the processed meat entirely! There’s no benefit to eating highly processed foods of any kind. The more we get back to nature and eat whole, unprocessed foods, the healthier we’ll be.

What Does Science Say about Red Meat and Cancer?

Explaining the Possible Link Between Red Meat and Cancer

What Percentage of Cancers Are Preventable Through Lifestyle?

Why Grass-Fed Beef Is Healthier

4 Reasons Why Processed Meat Is Unhealthy