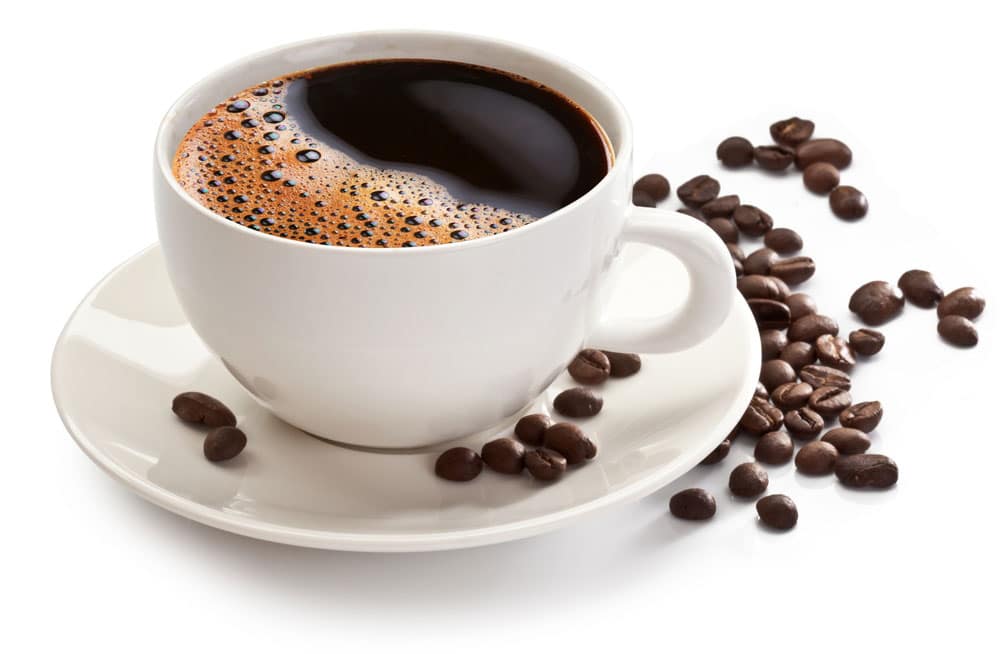 Coffee is a daily pick-me-up for many people and they secretly hope their caffeine habit has health benefits. Good news! Studies suggest it does. In fact, research links drinking coffee with a lower risk of chronic health problems, including types 2 diabetes, gallbladder disease, and Parkinson’s disease.

According to the American Cancer Society, sipping a few cups of coffee each day may reduce the risk of liver cancer, prostate cancer, cancer of the uterus, and some mouth and throat cancers. Plus, studies find that enjoying several cups of coffee daily may reduce all-cause mortality. Who wouldn’t want that perk?

There’s more good news!  A recent study finds that drinking moderate quantities of coffee each day may help women get leaner too. Researchers used data from the National Health and Nutrition Examination Survey, a study sponsored by the Centers for Disease Control and Prevention. For the study, researchers compared the quantity of coffee female and male subjects drank daily with their body fat percentage and how much belly or trunk fat they had.

One drawback to studies like this is they’re associational: they look at the habits of a group of individuals and compare it to some other factor, in this case, total body fat and trunk fat. A study like this doesn’t show causation as a randomized-controlled trial can. So, you can’t say that drinking coffee explains why coffee drinkers have less body fat and belly fat.

However, the researchers controlled for a number of factors that might affect the results, including other lifestyle habits. For example, some studies show that smokers are more likely to drink coffee, but the results were the same whether the participants smoked or didn’t smoke. The nicotine in cigarettes can also boost fat loss and that explains why smokers often gain weight when they kick the habit.

Decaf or Caffeinated? It May Not Matter

However, people who drink coffee regularly adapt to the stimulating effects of caffeine and don’t get the same metabolic boost. Caffeine also increases epinephrine, a hormone that releases fat from storage sites for fat, like your thighs and belly. Plus, caffeinated coffee contains other stimulants, including theobromine and theophylline. This hodgepodge of stimulants would give caffeinated coffee an advantage when you’re trying to lean down.

Therefore, there may be some other component or components in coffee that reduce body fat. They haven’t identified what components in coffee explain these findings, but two possibilities are chlorogenic acid and trigonelline. Chlorogenic acid and trigonelline in caffeinated and decaf coffee also have antioxidant benefits. A randomized controlled study published in Diabetes Care found these components in coffee reduce glucose and insulin release in response to a glucose challenge. This suggests that they improve insulin sensitivity and are favorable for metabolic health. Since insulin is a fat-storage hormone, these compounds could reduce fat storage.

The Effect of Coffee on Appetite

Another way coffee drinkers could have a lean advantage is if coffee suppresses appetite. Studies are mixed on this and it may depend on gender. One study found that caffeine suppresses how much food individuals ate with a meal, but only in men. That wouldn’t explain the results of the most recent study that shows differences in body fat percentage in both caffeinated and decaf coffee drinkers. The best we can conclude is that caffeine combined with other components in coffee may aid in fat loss.

If you enjoy coffee, you might have an additional reason to drink it! However, coffee alone will offer only modest benefits unless you consume it with a healthy diet. Drinking coffee isn’t for everyone either. If you’re a slow metabolizer of caffeine, it stays in your system longer and this can lead to side effects. Studies show that people who metabolize caffeine slowly shouldn’t consume over 1-2 cups per day. A simple blood test will tell you if you have a variant of the cytochrome P450 gene (CYP1A2) that causes your body to hang on to caffeine longer. If you have this gene, you are at a higher risk of heart attacks and elevations in blood pressure if you consume large quantities of caffeine at one time.

Also, if you’re drinking coffee to get leaner, skip the added sugar, whipped cream, and frou-frou drinks with tons of calories and sugar. Resist the urge to pair it with a doughnut, a croissant, or other nutritionally empty food, as many people do. Coffee itself is healthy, but what you pair it with might not be. Choose wisely!

Can Drinking Coffee Boost Your Metabolism?