Can Aged Garlic Lower the Risk of Catching Colds and Respiratory Viruses? 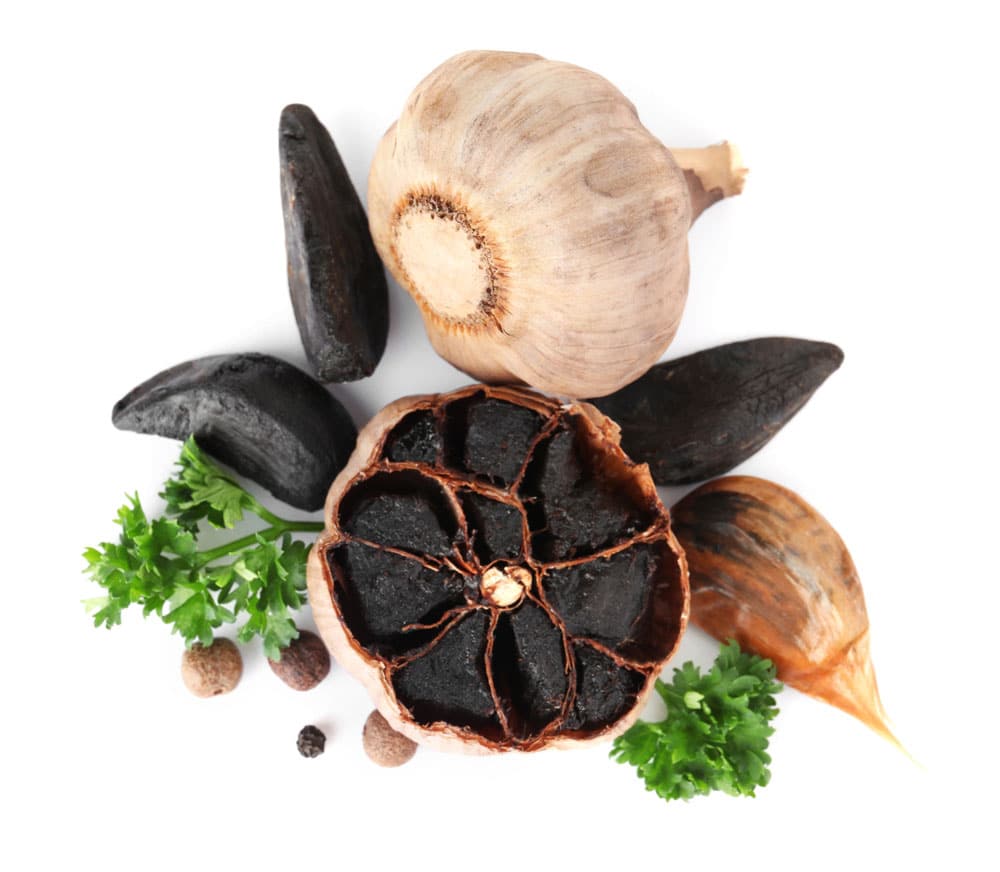 Garlic has a powerful aroma and adds a delightful taste to recipes. Who doesn’t enjoy a plate of Italian food seasoned with this fragrant herb? Beyond its taste and aroma, garlic also has a number of interesting health benefits, as shown in a variety of studies.

What are these benefits? Studies show that sulfur compounds in garlic, particularly allicin, may lower the risk of cardiovascular disease, thanks to its anti-platelet effects that lowers the risk of blood clots and by lowering LDL-cholesterol.

Some research also shows that compounds in garlic have anti-cancer benefits. The protective benefits are most pronounced for cancers of the digestive tract. For example, studies show a decreased risk of colon and stomach cancer in people who eat lots of garlic.

These are all intriguing from a health perspective, but there’s another form of garlic called aged garlic that has some intriguing health properties. Some research shows it could lower the risk of catching the common cold and other upper respiratory viruses.

What is Aged Garlic?

So, aged garlic may be easier on your digestive tract, better absorbed, and more available to your body while producing less odor, making it more socially acceptable. Research also shows aged garlic has higher levels of antioxidants that fight oxidative stress. Therefore, it may protect against cell and tissue damage that contributes to health problems and aging.

How effective is aged garlic in lowering the risk of colds? One study looked at the benefits of aged garlic for preventing viral infections and improving immunity. Researchers divided 120 men and women into two groups. One group took 2.56 grams daily of an aged garlic extract in supplement form. The other group took a placebo, and neither knew what they were taking. This was a randomized-controlled, placebo study, one of the highest quality kinds, further boosting its credibility.

The results? At the end of 90 days, the researchers looked for changes in immune system activity and whether they differed between the two groups. The group who took the garlic extract experienced a boost in immune cell activity that protects against colds and upper respiratory infections relative to the control group. However, the number of subjects in both groups who developed a cold or upper respiratory infection was similar.

On the plus side, those who took garlic extract had less severe symptoms and their symptoms were shorter in duration. Less coughing and sneezing and a day or two of fewer symptoms? It might be worth adding aged garlic to your diet, especially during cold and flu season. Other research shows garlic has positive activity against bacteria, viruses, parasites, and fungi.

Other Health Benefits of Aged Garlic

Aged garlic may be a good choice if you have diabetes too. A study found aged garlic blocks advanced-glycation end products (AGEs), harmful compounds that form in the tissues and blood vessels of diabetics. Because diabetics have high blood sugar, they have more circulating glucose in their bloodstream to bind to proteins in a way that’s harmful. When glucose binds to these proteins, it forms AGEs, damaged proteins that are responsible for some health complications of diabetes such as diabetic retinopathy.

As mentioned, studies show aged garlic reduces total cholesterol and LDL-cholesterol, the kind linked with a higher risk of cardiovascular disease. In fact, research shows garlic can lower total cholesterol by as much as 12%. It also raises HDL-cholesterol, the form associated with a reduction in cardiovascular risk. One European study found that garlic was as effective as blood lipid lowering mediation called bezafibrate for lowering blood lipids. So, garlic is a heart-healthy spice for the lunch or dinner table, and it adds flavor to almost any recipe.

You can buy aged garlic extract as a supplement at many natural markets and health food stores. Another option is to make your own aged garlic. To do this, place sliced garlic cloves into a mixture of ethanol and water and let it “age” for 20 months. The ethanol/water combination extracts the health-promoting compounds from the garlic and makes them more available to your body. It’s easy to see why most people don’t choose an aged garlic supplement; it takes a long time to mature.

If you’re taking medications or have a history of a bleeding disorder, don’t take aged garlic extract without consulting your doctor first. Garlic can interact with some medications too, especially blood thinners, like warfarin. Getting modest quantities of garlic through food is less likely to be a problem, but check with your physician if you’re taking blood thinners.

Aged garlic may give your immune system a modest boost. Although there’s no strong evidence that it prevents colds and upper respiratory symptoms, it may shorten the time during which you experience symptoms. Plus, it has other potential health benefits too. Most of all, enjoy adding it to your favorite recipes.

5 Reasons Garlic is Healthy for Your Heart