5 Ways Not to Get Caffeine 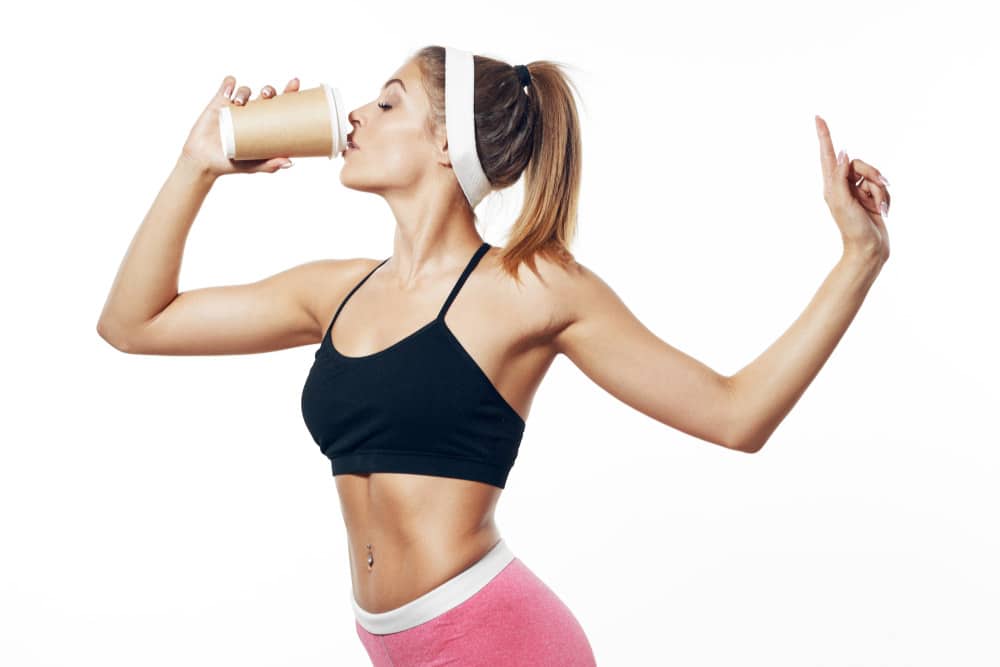 Caffeine isn’t just a food component, it’s a drug, one that stimulates your nervous system and makes you more alert. Many people like the “jolt” that caffeine gives, and some say they can’t wake up without it. Athletes appreciate it too. The stimulating effect of caffeine increases alertness and makes a workout feel easier. Plus, studies show that caffeine boosts exercise performance for moderate-intensity or sub-maximal exercise. It only takes around 2 cups of coffee to get these benefits.

Plus, research shows that caffeine aids in muscle recovery after a workout. In one study, athletes who consumed caffeine with carbohydrates boosted their muscle glycogen stores more than those who took in carbohydrates alone. So, caffeine helps glycogen-depleted muscle cells take up glucose from carbohydrates more efficiently. They can then use the glucose to form glycogen.

Some studies also show that caffeine reigns in delayed onset muscle soreness, also known as DOMS. In one study, consuming 2 cups of coffee an hour before a resistance training workout reduced muscle soreness afterward by 48%. So, less muscle soreness is an added perk!

However, there’re many ways to get caffeine, the most popular being coffee. There’s a reason Starbucks has long lines at their drive-thru! In fact, caffeine is in a lot of beverages, foods, and other substances that you might not think about. For example, tea, soft drinks, energy drinks, chocolate, cocoa powder, and even some medications, like headache medications, contain caffeine. However, some of these aren’t the best choice when you’re looking for a caffeine boost. Here are caffeine sources to avoid and why.

Studies show that energy drinks raise blood pressure and can cause an irregular heart rhythm in some people. Other side effects include seizures and disorientation. Children are most susceptible to the ill effects of energy drinks. The amount of caffeine in energy drinks can vary too. The average is about 200 milligrams per serving, but some energy drinks contain up to 500 milligrams in a single can. When you combine it with the other stimulant ingredients in energy drinks, it’s easy to overdo it.

Caffeine pills are another source of caffeine to watch out for. Each pill contains between 100 and 200 milligrams of caffeine per dose. That’s in the range of what you get when you drink a cup of coffee, but when you take a caffeine tablet, you don’t get the health benefits of the other components in coffee. Coffee contains over 1,000 chemicals, many of which have antioxidant activity. According to some studies, drinking coffee may lower the risk of a variety of health problems, including cardiovascular disease, type 2 diabetes, gall bladder disease, Parkinson’s disease, and liver cancer. If you’re going to get your caffeine, you might as well get it from a source that has other health benefits. So, pick coffee over caffeine pills!

Soft drinks don’t have as much caffeine as coffee, but there are other reasons not to use them as a caffeine source. Soft drinks contain either sugar or high-fructose corn syrup, which isn’t good for metabolic health. Even if you choose diet soft drinks, you’ll get a dose of artificial sweeteners. Why avoid these sweeteners? Studies suggest that artificial sweeteners can alter your gut microbiome in a way that boosts the risk of metabolic issues. One study even found that hydrating with soft drinks after a workout is bad for the health of your kidneys. When participants drank a fructose-sweetened beverage after a workout, it had a negative effect on markers of kidney health. Their kidney function even declined slightly after exercising and drinking soft drinks. Some studies also show that people who drink two or more soft drinks each day have a greater risk of kidney disease.

Did you know that light roast coffee is higher in caffeine than dark roast? For some people, that’s not a problem, but if you metabolize caffeine slowly, as up to 25% of the population does, you’re at higher risk of side effects if you consume too much caffeinated coffee. In fact, some studies suggest that people who metabolize caffeine slowly are at greater risk of a heart attack if they drink over 2 cups of coffee daily. In that case, it’s best to stick with darker roast coffee due to its lower caffeine content. A tall Starbucks dark roast coffee has 195 milligrams of caffeine while a blonde roast has 270 milligrams of caffeine. If you drink two cups, the difference in caffeine you consume is substantial.

Caffeine can give your exercise performance a boost but watch where you’re getting it from. Caffeine powder can be downright dangerous while soft drinks after exercise aren’t healthy for your kidneys. Your best bet might be moderate quantities of medium or dark roast coffee or tea, as both have other health benefits.

Are There Health Risks Associated with Caffeine?