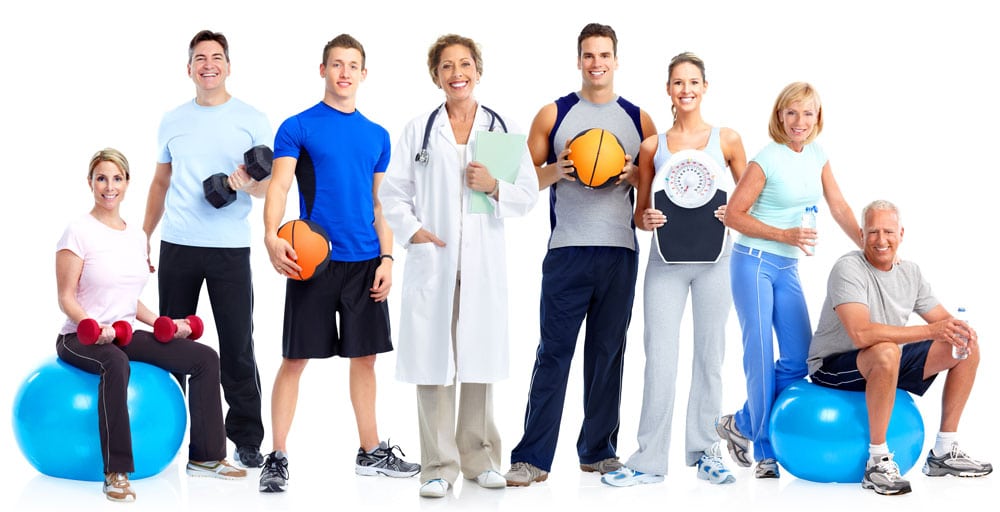 Obesity is equal opportunity: it affects both men and women. In fact, women are at a slightly higher risk of obesity than men, especially after menopause. Among adults, 38% of women are obese versus 34% of men. However, women and men approach weight loss differently.

Unfortunately, studies show women are more likely to be stigmatized for being overweight or obese than men even with similar degrees of obesity. Females are also more likely to not be promoted in the workplace if they’re carrying too many pounds. So, there’s more pressure for women to maintain healthy body weight than men. However, research shows that obesity is more harmful from a health standpoint for men than women. In fact, studies show men are three times more likely to die from complications from obesity than women.

Let’s look at some ways men and women differ in their perception of and approach to weight loss.

One cause of weight gain is emotional eating, eating for comfort or to relieve stress. Most people think women are the emotional eaters, but men can be stress eaters too. However, men are less likely to own up to emotional eating like women are. Instead, they’re closet eaters. Emotional eating is another term for eating because of stress or for reasons other than hunger.

Men who stress like to devour foods high in sugar and fat, often with little nutritional value, the same type of hyper-palatable foods that women do. However, one study found that women lean toward sugary foods when stressed while men prefer salty, crunchy fare, like potato chips. Another study found that men prefer comfort foods similar to what their mother would have prepared, like macaroni and cheese, while women gravitate toward pre-packaged snacks, often sugar ones, particularly chocolate.

The trigger for stress eating is the stress hormone cortisol. In fact, a study carried out by British researchers found that subjects who produced more cortisol when under stress snacked more than those who produced lesser cortisol in response to being stressed out. Cortisol is a stress hormone that stimulates appetite and the desire to eat foods high in fat and sugar.

Taming cortisol can help with emotional eating. Men and women can lower their cortisol levels through relaxing activities, like walking in nature, yoga, meditation, and other mind-body exercises. That, in turn, can help with overeating related to stress.

Men Are Less Likely to See Themselves as Overweight

Men Gravitate Toward Different Foods When Trying to Lose Weight

Guys differ in the diet they adopt for weight control too. When trying to shed a few pounds, men are more likely to adopt a meat-based diet, like a high-fat, high protein ketogenic, diet while women gravitate more toward plant-based diets. Women are also more likely to count calories, although that’s changing as people realize food composition and nutrient density matters too.

The reality is both genders need healthy sources of lean protein and fiber-rich fruits and vegetables for weight loss. The worst way to approach losing weight is to restrict multiple foods or food groups. In fact, that’s the marker of a fad diet. The dietary component almost everyone should restrict or eliminate is sugar and ultra-processed carbohydrates.

Women Focus More on Losing Weight, Men on Getting Fitter

Men are less likely to admit they’re trying to lose weight. Instead, they say they’re trying to get fitter, so it’s not surprising that exercise is part of their weight loss plan. However, women, too, understand the importance of exercise for healthy body composition. You may lose weight at first through dietary changes, but research shows exercise is the key to maintaining that weight loss. Women and men who lift weights and build muscle size improve how their body processes glucose and the extra muscle can boost resting metabolic rate slightly and that helps with weight control.

More women acknowledge that strength training matters too and that’s why both genders are lifting heavy weights these days. Weight training is most important for optimizing body composition. The goal is to lose body fat without losing muscle. Working with weights is the best way to accomplish this.

Men Are Likely to Get Motivated for Medical Reasons

Women are more likely to want to lose weight to improve their appearance and to feel better overall. For men, it may take the threat of a health problem, such as elevated blood pressure or blood sugar, to get them to take action.

Men and women view weight control a bit differently. Guys also lose weight faster than women. However, the basics of health and weight control are the same for both genders. A healthy diet, more physical activity, adequate sleep, and stress management are the key to achieving a healthy body weight, regardless of your gender.

Is It Easier for Men to Lose Weight?

Why Women Have More Problems Lowering Their Body Fat Than Men

What Role Does Estrogen Play in Muscle Strength?

5 Hormones and How They Affect Your Body Composition

Why Women Gain Weight After Menopause and How to Prevent It

Estrogen, Menopause, and Weight Gain: Is Estrogen a Friend or Foe for Maintaining a Healthy Body Composition?