5 Surprising Facts about Osteoporosis Your Doctor Might Not Tell You 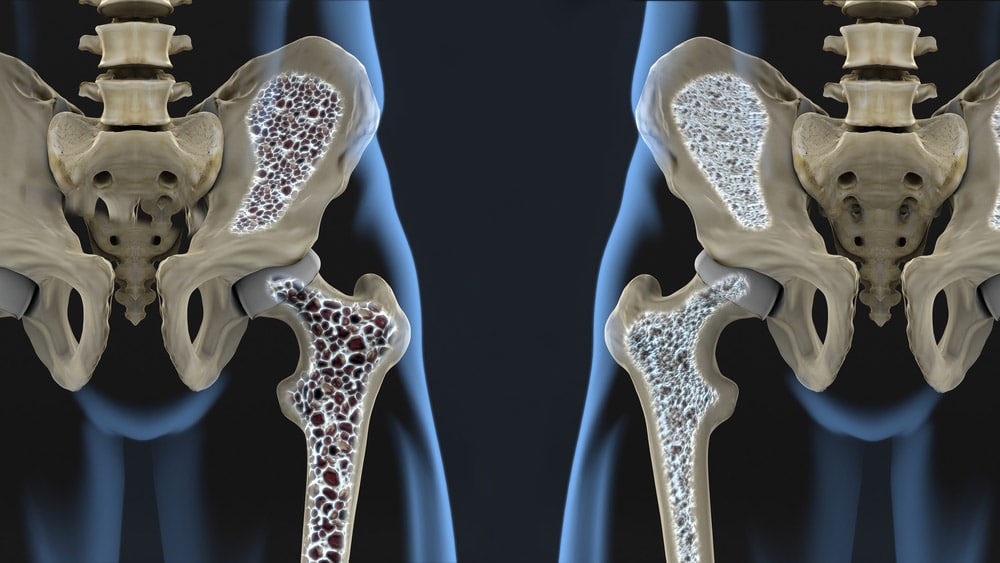 Osteoporosis is the pathological loss of bone mass. People who have osteoporosis have bones that are weaker than normal and fracture with minimal trauma. You’re not surprised if you break a bone after taking a major fall, but people with osteoporosis often sustain fractures without taking a hard hit or fall. It’s not uncommon for someone with osteoporosis to break a bone while doing something as minor as bending over to pick something up or while coughing or sneezing.

Another sign of osteoporosis that people often don’t recognize early is a loss in height. As we age, it’s not uncommon to lose up to an inch of height as the discs in the spine dry out and shrink, but losing more than this amount is a red flag for possible osteoporosis. That’s why you should check your height every six months and tell your physician if you notice a significant change. It pays to be informed about osteoporosis to lower your risk. Here are five things you might not know about osteoporosis but should.

Osteoporosis is the Fourth Leading Cause of Death

You might think osteoporosis is only a bone disease that increases the risk of a fracture and breaking a bone won’t kill you. Yet, fracturing certain bones, like a hip bone, carries a high risk of disability and death. In fact, osteoporosis ranks number 4 in causes of death in women. Only cardiovascular disease, stroke, and cancer surpass it in frequency. That’s why you can’t afford to not be informed about bone health. The statistics are frightening.  Almost 1 out of 4 women who break a hip die within a year of the fracture. Osteoporosis can take years off of your life if it leads to a hip fracture and can make life more challenging if you don’t.

The United States ranks highest in rates of osteoporosis. People who are underweight or have small bones are at the greatest risk of developing osteoporosis. Another country that has a high rate of osteoporosis is Norway. That might come as a surprise as residents of Norway consume a lot of calcium-rich dairy foods. In the United States, Caucasian women have a higher risk of osteoporosis-related fracture compared to other ethnic groups.

Here’s a fact that might surprise you. Some Asian countries, like Japan, have a high rate of osteoporosis but a lower rate of hip fracture than the United States. Plus, the Japanese consume less calcium than Americans, almost half as much. The difference in fracture rates may be because of anatomical and lifestyle differences. Japanese women, although small-boned, have a low center of gravity and well-developed hip muscles, offering some protection against hip fractures. They also have better motor function in the lower body. So, low bone density is only one factor that determines hip fracture risk. Other anatomical factors do too. Plus, bone density doesn’t always equate with bone quality. Studies show you can have good bone density and have bones that aren’t as strong as someone who has lesser bone density. Unfortunately, we don’t have simple ways to measure bone quality.

If You Have It, You Won’t Have Symptoms

Men Get Osteoporosis Too

You might think osteoporosis is a woman’s disease but 20% of the people with osteoporosis are men. Men who smoke and who have small bones are at the highest risk and they’re more likely to have a bad outcome. Guys are also twice as likely to die from a hip fracture relative to a woman should they sustain one. Doctors don’t routinely measure bone density in men, although there is an argument for doing so in guys who are at high risk.

Eating Prunes May Lower the Risk of Osteoporosis

Prunes aren’t just for constipation. A study in mice shows that compounds in prunes, or dried plums, slow the rate of bone loss but also reverse low bone density. We need more research to determine if this holds true in humans, but scientists believe that consuming 2 prunes per day may be beneficial for women concerned about developing osteoporosis. Plus, prunes are an excellent source of fiber and iron. However, know that some people experience a laxative effect when they eat this many prunes daily.

Know your risk of developing osteoporosis. If you have family members who have it, you’re at higher risk yourself. Other risk factors include being over 50, taking certain medications, having an early menopause, smoking, consuming sizeable amounts of alcohol, being inactive, being thin or small-boned, a history of an eating disorder, and having a low vitamin D level. However, there’s a lot you can do from a lifestyle standpoint to lower your risk. Make sure you’re eating a healthy, balanced diet that contains enough calcium and confirm that your vitamin D level isn’t low. Kick bad habits like smoking and overuse of alcohol to the curb and talk to your physician about whether your medications increase your risk of bone loss.  Also, make exercise part of your daily routine. Both high-impact exercise and strength training helps preserve bone density. Follow your physician’s advice on when to screen for osteoporosis.

Could Probiotics Lower Your Risk of Osteoporosis?

Probiotics Are Overhyped, What You May Need More of is Prebiotics

Probiotics and Prebiotics: What’s the Difference and Why Does It Matter?

Does All Yogurt Contain Probiotics and Active Cultures?

The Problem with Probiotic Supplements: Are They What They Seem to Be?

Can Probiotics Help with Exercise Recovery?