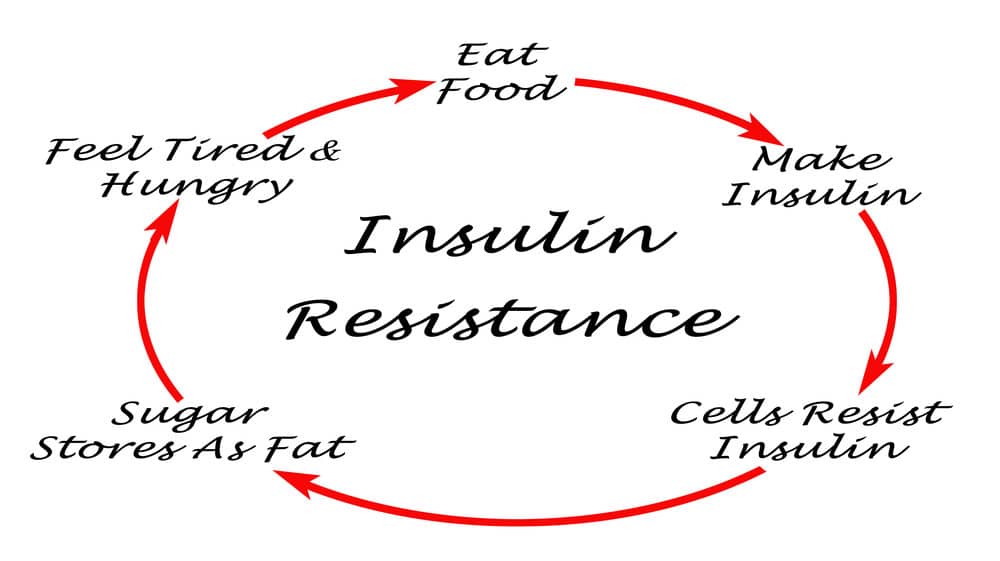 Did your doctor tell you that you have insulin resistance? Take it seriously. Insulin resistance is one of the most destructive, yet underdiagnosed, health conditions. You may have it and not know it, yet it can cause damage “behind the scenes” by increasing your risk of cardiovascular disease and type 2 diabetes.

What is insulin resistance? It’s a condition where cells are less responsive to insulin, a hormone produced by the pancreas that helps glucose enter cells. When cells lose sensitivity to insulin, it forces the pancreas to produce more of this hormone, and insulin levels rise. After months or years of pumping out more insulin, the pancreas may fatigue to the point that it can’t keep up with the demand. That’s when type 2 diabetes sets in.

Who’s most likely to develop insulin resistance? Some people are genetically at higher risk of becoming insulin resistant, but weight gain can cause it to occur in healthy people who aren’t otherwise at high risk. There are other causes of insulin resistance, and some of them may surprise you.

Studies show that chemicals in the environment and in personal care products disrupt the body’s endocrine system, the system that produces hormones that regulates all aspects of mental and physical health. Farmers spray some of these endocrine-disrupting chemicals on non-organic crops.

In support of this, an analysis of 21 studies by the European Association for the Study of Diabetes found that people exposed to pesticides have a 64% greater risk of developing insulin resistance and type 2 diabetes. Plus, other chemicals, like BPA in resins and plastics, also act as endocrine disruptors. It’s a sound argument for buying organic items and limiting exposure to plastics.

How does smoking cause insulin resistance? The nicotine in cigarettes is the culprit; it changes the way cells respond to insulin so that glucose can’t be cleared from the bloodstream as easily. Kick the habit! It’s one of the smartest moves you can make for your health.

Some doctors recommend reducing salt intake and, depending upon an individual’s health conditions, that may be beneficial. However, research shows excessive salt restriction can trigger or worsen insulin resistance. How does reducing sodium reduce insulin sensitivity and cause insulin resistance? When you restrict salt too much, it activates hormones like renin, angiotensin, and epinephrine that make cells more resistant to insulin.

One study found that subjects who ate a low-sodium diet developed insulin resistance after only a week. However, there are some inconsistencies in the studies, and this doesn’t mean you should go overboard and consume excess salt. There’s already too much sodium in most restaurant food, fast food, and packaged products. It just means that you shouldn’t drastically reduce the sodium content of your diet unless your physician advises it, and that there may be some downsides to doing so.

Ketogenic diets that are high in fat and low in carbohydrates are trendy right now. Some studies show they’re effective for weight loss. However, a ketogenic diet can cause physiological insulin resistance in some people. This is where blood glucose goes up, sometimes into the prediabetic range, but insulin levels remain low, in contrast to non-physiological insulin resistance, where insulin levels are elevated.

Although it probably comes as no surprise, weight gain and obesity are the most common causes of insulin resistance. Having more body fat increases inflammation, and that triggers insulin resistance. However, factors like eating a diet high in refined carbohydrates, not exercising, poor sleep, and stress, also contribute to obesity and may also independently boost insulin resistance. On the plus side, studies show that losing as little as 10% of body weight can improve insulin sensitivity and lower the risk of type 2 diabetes.

Are You at Risk for Insulin Resistance?

Can Normal Weight and Thin People Be Insulin Resistant?

How Body Weight Impacts the Risk of Developing Type 2 Diabetes

What Role Does Exercise Play in Reversing Pre-diabetes?